Club Penguin has sent out a small parent update about Card-Jitsu Snow. (as if they haven’t promoted it enough on their site for us to see?! :P) It’s titled “New Club  Penguin Game!”. There’s nothing important on it other than highlighting the fact that the game is now out and members can buy more cards. 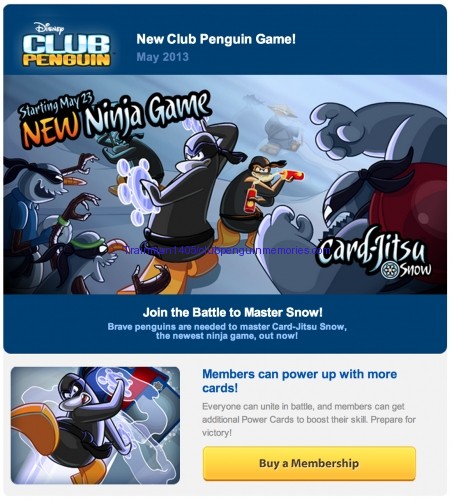 Join the Battle to Master Snow!

Members can power up with more cards!

Everyone can unite in battle, and members can get additional Power Cards to boost their skills. Prepare for victory!

If you are not subscribed to Club Penguin’s emails and want to be you can do so from the parent account settings or emailing support@clubpenguin.com asking to be signed up.