I recently posted about the Mask of Justice item now being unlockable, and I now know how you unlock it! With two different codes, you can unlock the item and 1,000 coins! Everyone else has been posting about a single code that only gets you 500 coins, but I’ve got an extra 500 you can unlock. ;-)

The two codes for the item and 500 coins each are:

Each code will unlock the item + 500 coins. You’ll only get the item once, but you’ll get 500 coins both times! Here’s what Club Penguin Support said about the code anyone can unlock:

The code ‘MASQUE01’ was originally released in France for a Super Hero Takeover promotion. This code will unlock the ‘Mask of Justice’ and 500 coins! 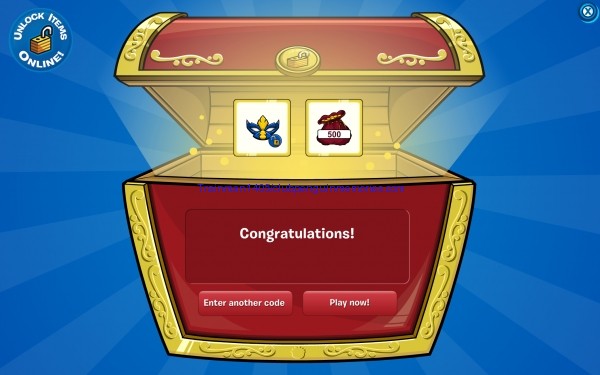