The first of those updates was the St. Patrick’s Igloo Decorating Contest kicking off. Member penguins could decorate their igloo to their liking and then submit it for a chance to win some awesome prizes. To go along with the igloo decorating contest the furniture catalogue for that month was released with some sweet food related items and also some St. Patrick’s Day related items for the igloo contest. 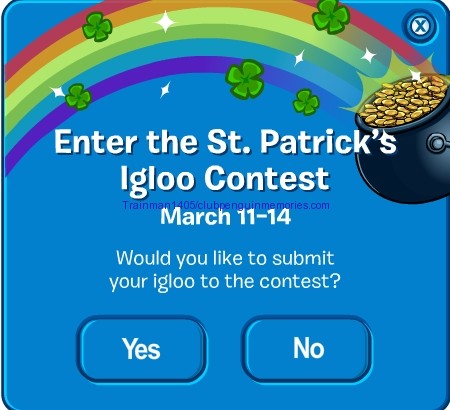 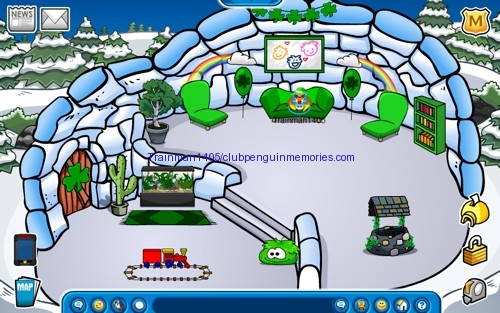 This was my entry for the igloo decorating contest. I thought it was pretty awesome, but I guess Club Penguin didn’t because I didn’t win… :(

The final update was the Bean Counters game getting a whole new look, including the secret candy level. It was a completely unexpected update, which made it all the more fun.