In 2006 the Ice Fishing game was released. It was pretty similar to what it is now minus the fancy splash screen it has now and also the Flashing Lure Rod capability for the grey fish. 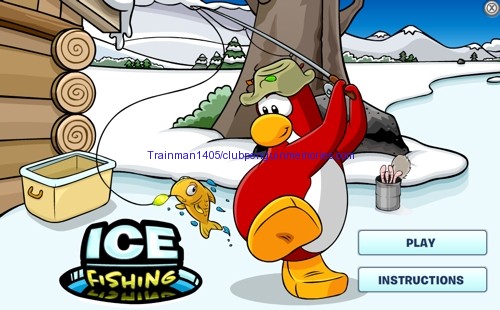 That fancy splash screen was added in the end of April, 2011.

In 2008 the first two of three Paint By Letters books were released, although none of them are no longer available as of June 14, 2012. Both My Puffle and Burnt Out Bulbs were added to the Bookshelf in the Book Room. Lime Green Dojo Clean was added 11 months later in February 2009. Also, Club Penguin’s big Improvement Project started.