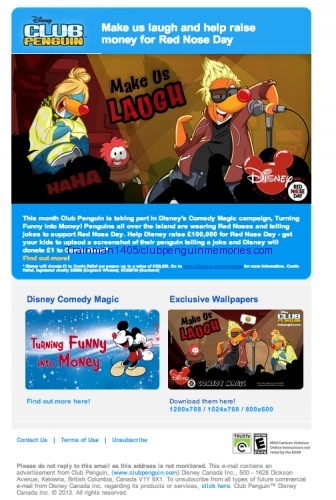 This month Club Penguin is taking part in Disney’s Comedy Magic campaign, Turning Funny Into Money! Penguins all over the island are wearing Red Noses and telling jokes to Support Red Nose Day. Help Disney raise £100,000 for Red Nose Day – get your kids to upload a screenshot of their penguin telling a joke and Disney will donate £1 to Comic Relief!

It also lets you find out more about Comedy Magic and gives an exclusive wallpaper! Click the links below for the wallpapers in different resolutions. It looks like this: 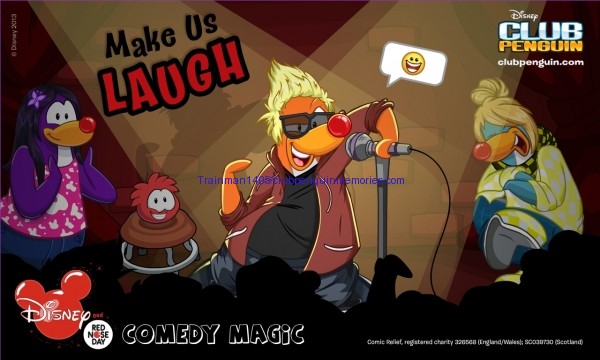