On the 20th of February there were two updates in the year 2009. That month’s furniture catalogue was released and so was the Puffle Party. In the furniture catalogue there was an assortment of miscellaneous items such as the Ironing Board, Astro Barrier Poster, and Puffle Posters. At the Puffle Party nearly all the rooms were decorated with a theme for each Puffle colour. This was also the first sighting of the White Puffle in rooms such as the Dojo Courtyard. It was later put up for adoption. 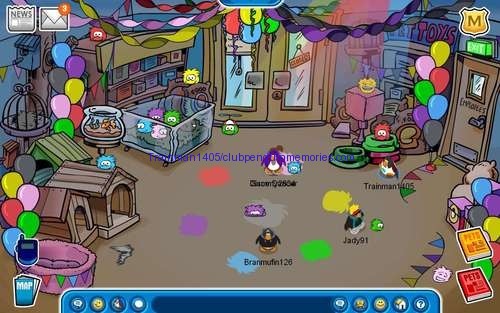