In the Card-Jitsu Snow Beta files there’s a few references to languages Club Penguin is not supported in for some reason. I only noticed Russian (RU), but my friend Pen50gi noticed tons more as shown in the image below. It lists Japanese, Korean, Thai, Chinese, Traditional Chinese, and even the Russian I originally spotted. Why would it be there, exactly? 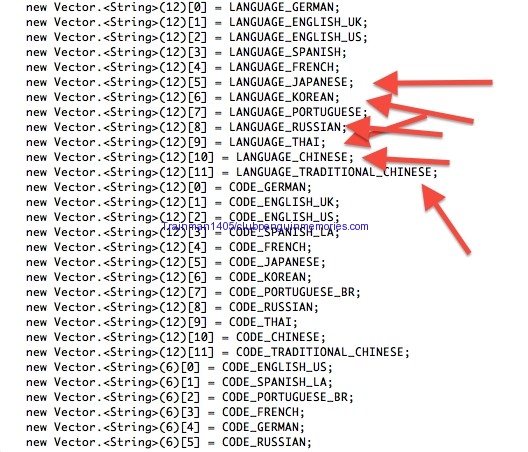 Could Club Penguin be testing and possibly releasing more languages for the game? It sure seems likely, because why would they have it listed if they weren’t using it? Older players may remember when the Chinese version of Club Penguin was discovered in November 2010, but it never saw the light of day.