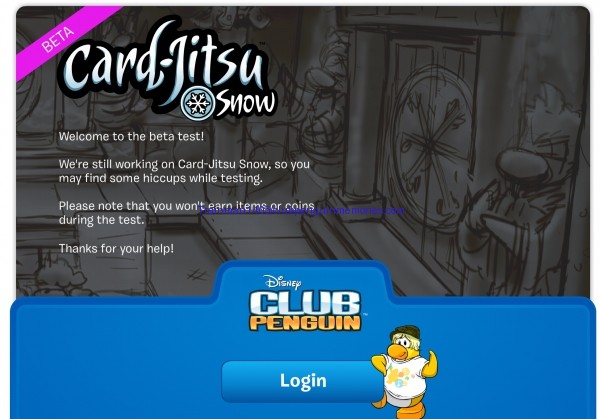 Up top the navigation bar contains links for the homepage, reporting a bug, and sending feedback. The bug and feedback forms both bring up a new window when clicked. They both have the old Club Penguin logo, too.

It’ll ask you a few questions: 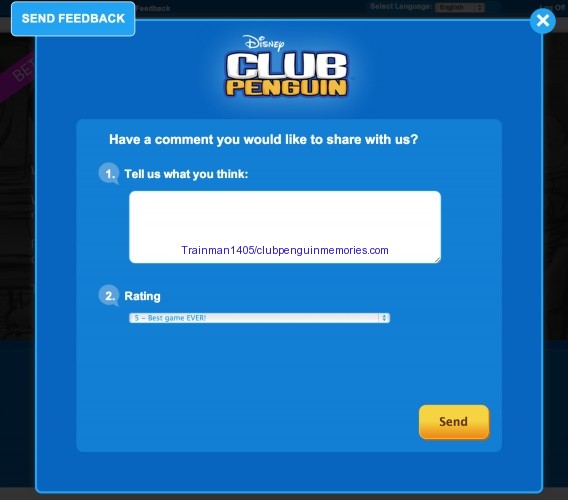 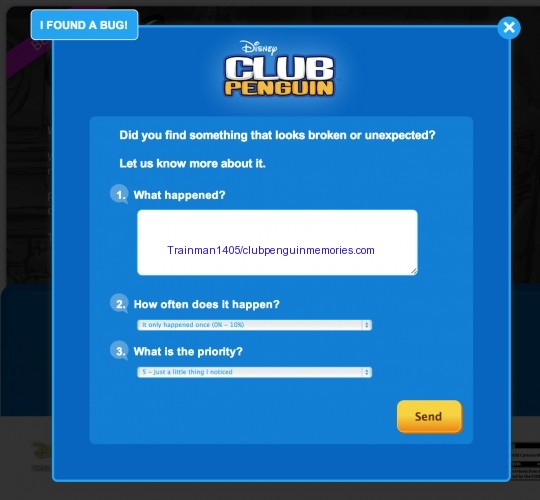 When you login (your penguin won’t have any clothes, you can’t talk, etc) you’ll start off in this room. 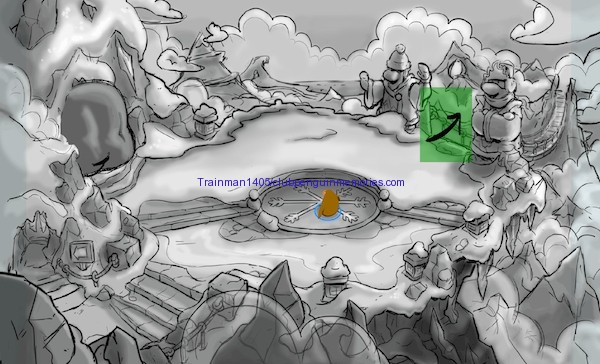 Waddle to the green arrow and pick your element for the game. 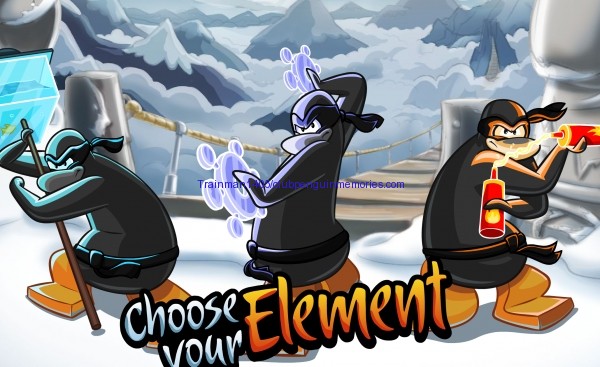 Each element (water, snow, and fire) all have their advantages and disadvantages. 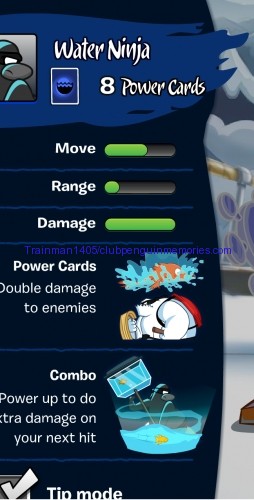 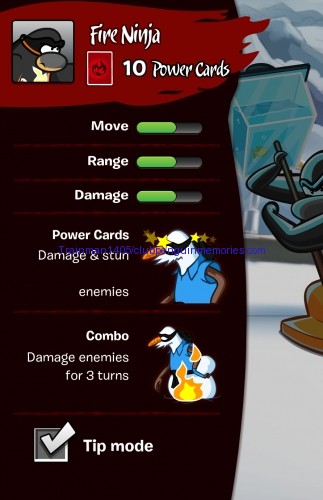 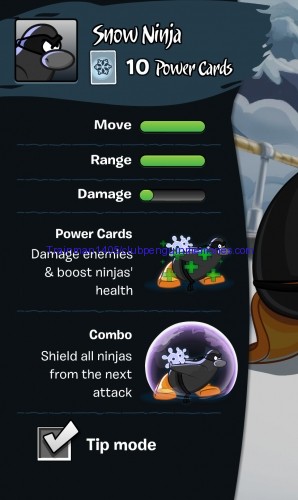 Once you pick and it connects to two other players the game loads. 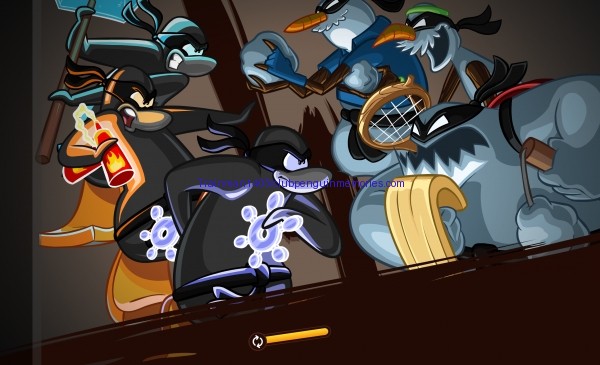 You and the two other ninjas start on the left. The villains start on the right. The game is broken into different tiles. It’s kind of like chess in a way. 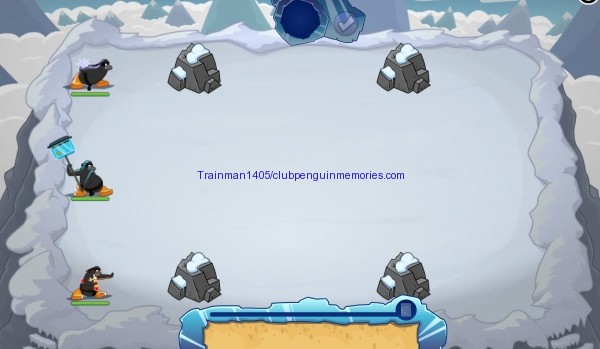 Tips appear at the top of the screen as long as you have tip mode on. They are bugged and the text runs off, but remember it’s a beta.

You and villains have a health meter underneath them. You make your moves at each other with basic damage and power card, which have a lot of damage. When you pick a tile to move on, you need to move close to the villains in order to hit them. You want their health to run out. 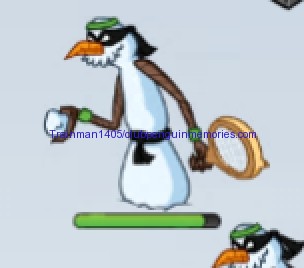 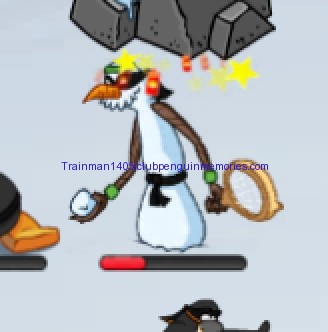 Power cards are placed on red tiles and have a special attack. 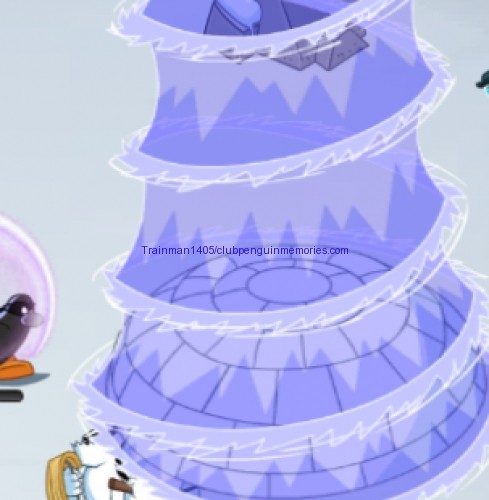