In 2006 there was one update. That month’s furniture catalogue was released, featuring (of course) new furniture. Not much about what furniture exactly is known, however it is safe to assume items such as the wooden chairs, table, and Red Coffee Chair all appeared in the catalogue as they all appear on the cover. 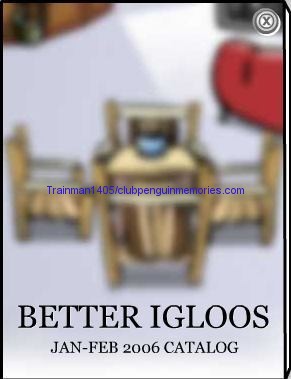