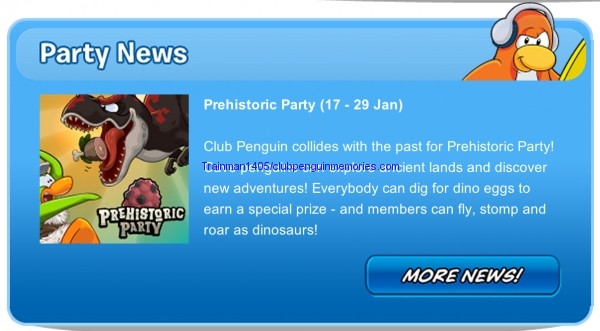 Club Penguin collides with the past for Prehistoric Party! Cave penguins can explore ancient lands and discover new adventures! Everybody can dig for dino eggs to earn a special prize – and members can fly, stomp and roar as dinosaurs!

Second of all, Spike Hike has tweeted an image of the Iceberg during the Prehistoric Party. It looks amazing!

Since we hit 4500 followers, here's your early sneak of the Prehistoric Party! Now we know the truth about the Iceberg! pic.twitter.com/A4ZCU6rk 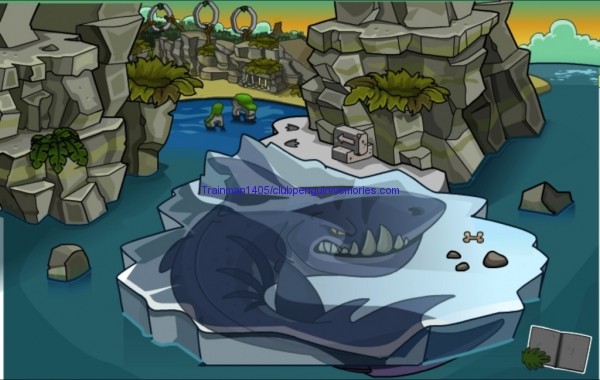