As you know we are quickly approaching two of the biggest parties of the year! The Club Penguin Anniversary Party takes place on October 24th which is the day it first launched. That party will only be for one day, so you won’t want to miss it. Just a few days later, the Halloween Party starts and it is going to be sweet! Just check out the cool picture I got! 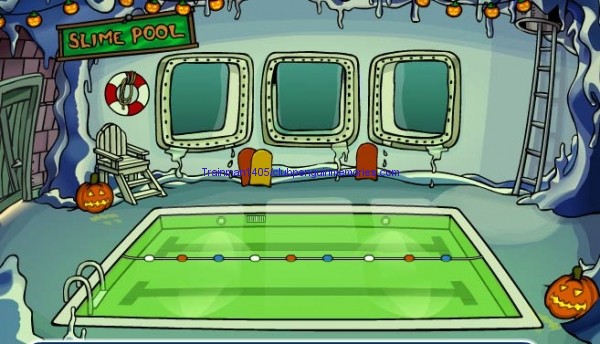 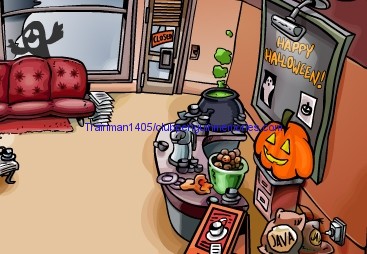 Check out this great picture I got from the Halloween Party! It’s going to be awesome! I hope you are all getting your igloos decorated and costumes ready for the celebration! Remember there is a costume contest this week as well! You can check out last week’s winners in the Club Penguin Times.

In other news: It’s Club Penguin’s 2nd birthday on Wednesday, October 24th! Make sure you check out the party going on at the Coffee Shop.

There will be a free item and also a really cool surprise that will bring back lots of memories if you’ve been around for a while!

Yeah, that’s it. Here and there a full room sneak for big parties as demonstrated in post one, but usually just a small section of a room as shown in post two. Nowadays we get videos, multiple images of full rooms, items, and more from Club Penguin. There is more at parties now than there was several years ago, but even so, Club Penguin spoils what’s going to happen. I used to log on for the first time during a party only knowing a few details on what there will be, but now I easily know 70% or more from information and images from Club Penguin themselves. (and a little bit from my little exclusives I find but that isn’t much) I know Club Penguin likes to create hype, which I understand and there is nothing wrong with that, but I think they overdo it a lot between blog posts, tweets from different team members, and their YouTube channel. For once I’d like to go on Club Penguin for a new party and have to explore the island myself, figuring out what’s what – not already have it demonstrated to me through sneak peeks.

54 thoughts on “Club Penguin Discussion: Sneak Peeks – Too Many?”