In 2009 on the 13th of November there were three different updates that occurred. The first one was a new stage play, Norman Swarm Has Been Transformed. Since its debut back in 2009 it has only been at the Stage one other time. For this play, right before you enter the room via the Plaza your penguin is zapped and shrunken down for the play. It’s fun, has a secret room with a pin, and I’d love to see it make another appearance on Club Penguin in the future! 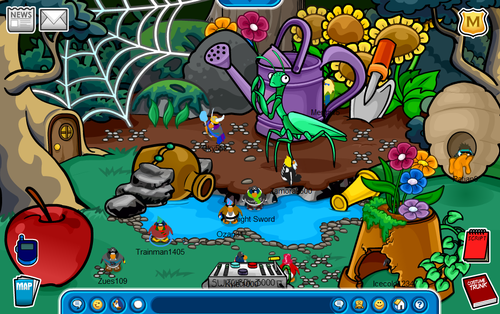 The other two updates were new postcards (Norman Swarm, Hide and Seek, and Mancala) and construction on the Volcano room for Card-Jitsu Fire! It required hot sauce – lots and lots of hot sauce.