On October 5th in Club Penguin History there were two updates in the year of 2007. The most important one was the release of the October 2007 Penguin Style Clothing Catalogue, featuring both old and new items. Items such as the Bee Costume were new, while other items such as the Clown Costume and Skeleton Suit returned. The second update on October 5, 2007 was the Halloween Costume Contest – back in 2007 Club Penguin held two (August and October) costume contests. It’s like an igloo contest but with your penguin’s outfit – and to submit your you just waddled around wearing your outfit and the moderators who patrolled the server rooms would pick ones they liked and then the top few were shown in the newspaper after the contest was over. 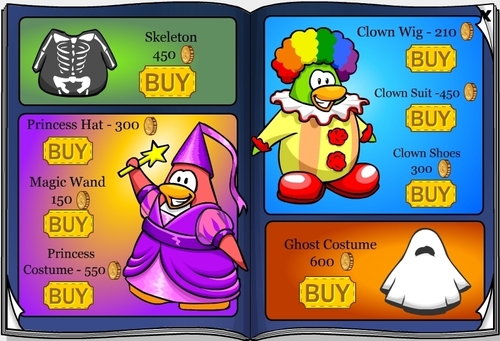 Also, on October 5, 2010 the stamps for Cart Surfer were released.