On October 2nd in 2009 the new Penguin Style Catalogue for that month was released. It featured new items such as the Ladybug Outfit. Other popular favourites such as the Ghost Costume and Black Cape also returned. 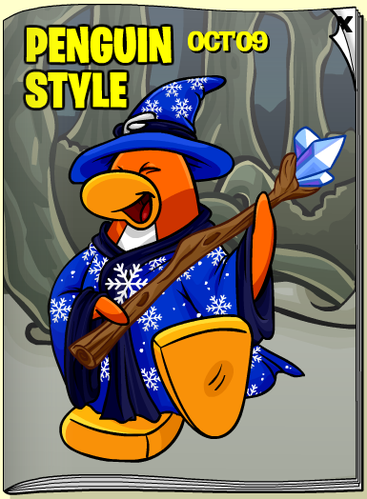 Items on clearance in the catalogue were from the July catalogue of that year, which were items for the Music Jam.