If you are a resident in the United Kingdom between the age of 7 and 14, you can vote for Club Penguin to try and help them win a BAFTA award for favourite website! Club Penguin won in 2010 but lost in 2011. Who knows, maybe if enough people vote for Club Penguin they’ll make a comeback at his year’s British Academy of Film and Television Awards Ceremony! If you are able to vote, go to this link, click from Club Penguin, check the box saying you’re aged 7-14, and then click ‘vote now. 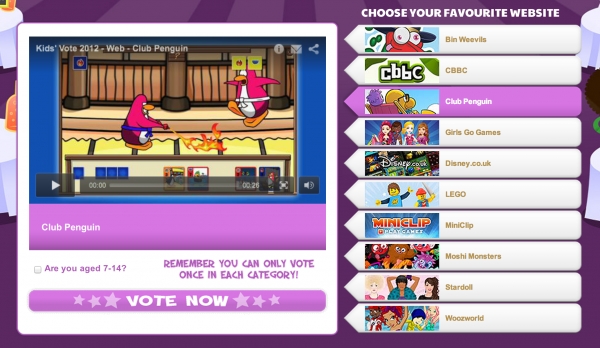 Good luck to you, Club Penguin!

40 thoughts on “Live in the UK? Vote For Club Penguin in the BAFTA Awards! (Voting Ends Today!)”