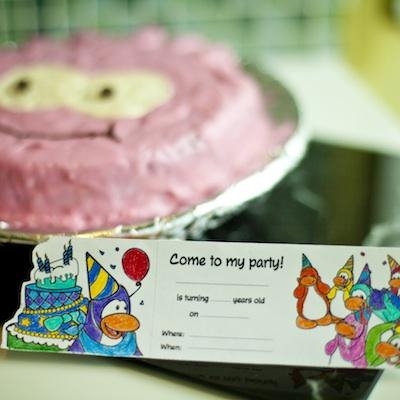 By the way, I’m referring to the coloured in cake – not the Pink Puffle one. :P Also there is a blue and red party hat being worn by the pink penguin. (Thanks to Penguitt for the reminder about that)

You can see all the past anniversary parties here:

40 thoughts on “Is This Club Penguin’s Seventh Anniversary Cake?”