As for the updates in game, Club Penguin released the Balloon Bunch Pin in the Forest. The September 2011 Furniture Catalogue was also released with many Fair related items. 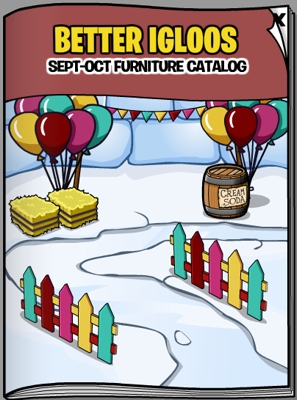