On this day in Club Penguin there were updates in 2006 and 2011. Starting with 2006, the ability to walk your Puffle on a leash around the island was added. A new pin was also hidden, the Telescope Pin. It was Club Penguin’s 15th pin and was at the Mountain. Skipping ahead to 2011, at the Fair new prizes were added to the booths. The Sundae Surprise and Balloonist Hat were added at the nonmember prize booth. At the member prize booth the Every Flavor Ice Cream, Unicycle, and Lemon Balloon were added. The Unicycle does do a special dance. 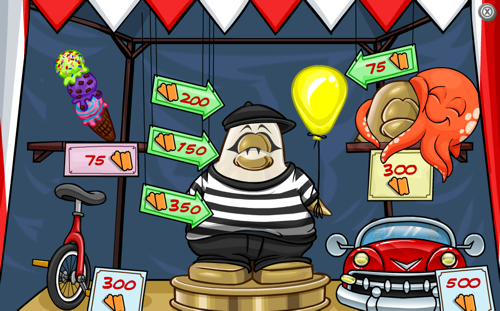 The 49th field op was also released, located in the Boiler Room next to the newspaper archives. (on the left) In 2011 Club Penguin also re-added the Official Annual 2012 Book and added the Card-Jitsu Handbook to unlock.