Club Penguin has released a new newspaper, for the 13th of September. This is the thirty seventh issue of 2012 and brings us to a total of 360 published newspaper issues.

The main headline is this week’s newspaper is about the Fair, which starts next week. 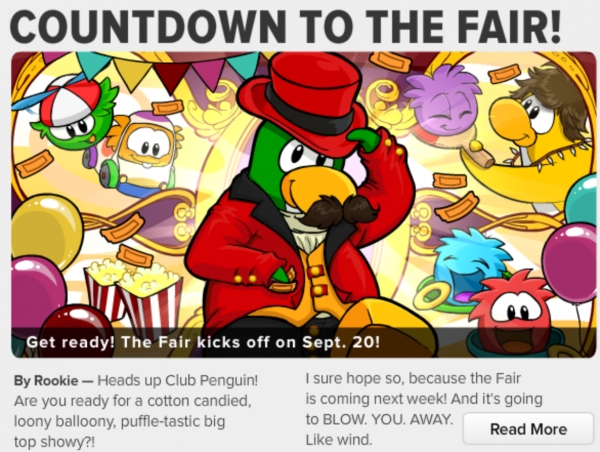 The second article in this newspaper is about the new furniture catalogue. 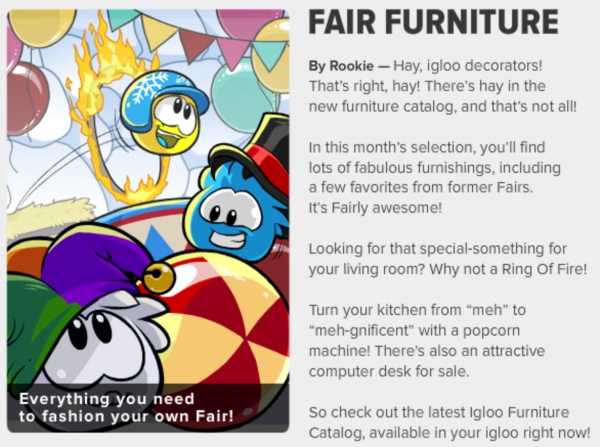 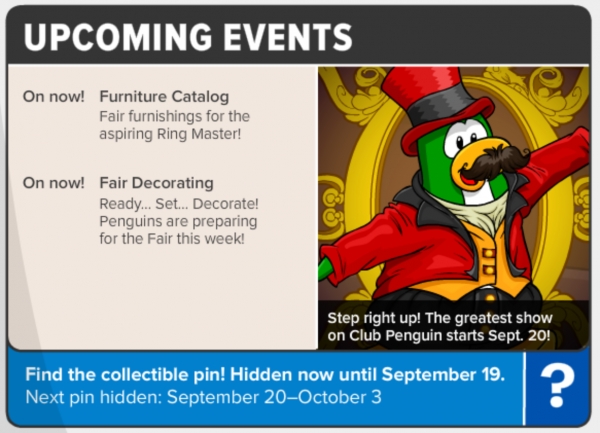 7 thoughts on “Club Penguin Times Issue #360 – Countdown to the Fair!”