Once again my friend Bloxxerman has provided me with the table of contents on the new Club Penguin magazine issue that was released in the United Kingdom today. 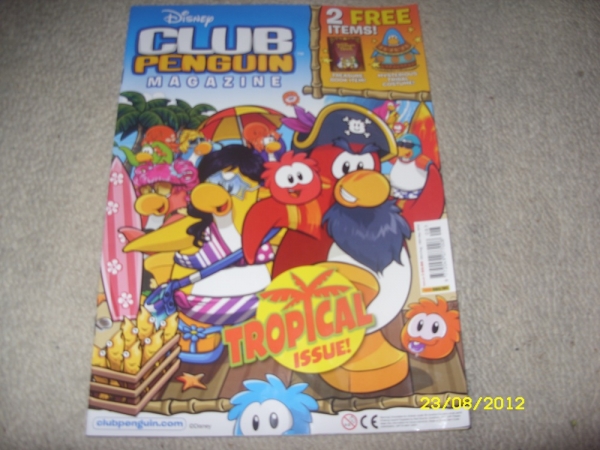 It advertises the Temple of Fruit. 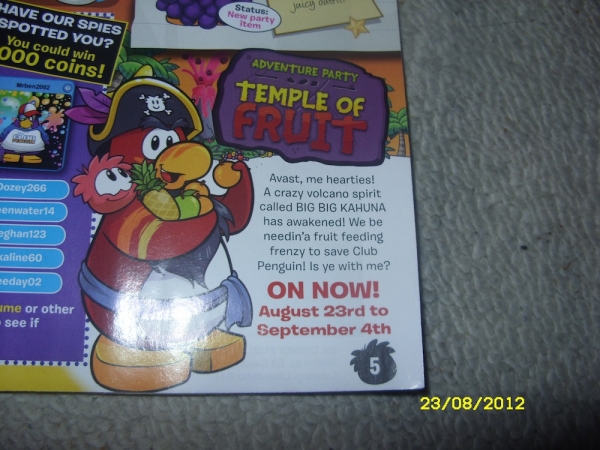 Here’s what this magazine issue contains:

The next issue, coming out September 20th, is a Puffle special. 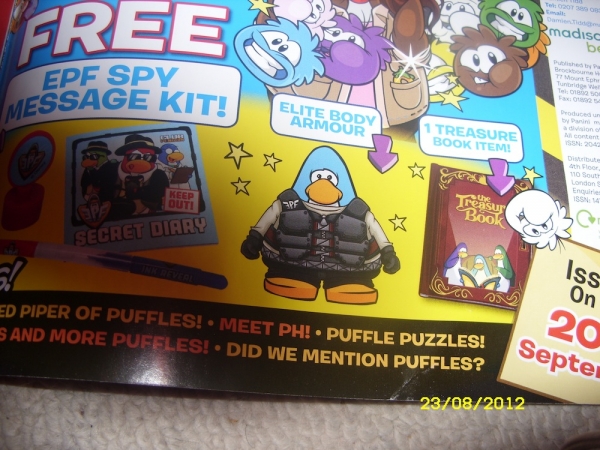 Now, just a thought. Rockhopper (usually) visits Club Penguin every 2 to 3 months. Usually he visits during the Fall Fair, but this year it wouldn’t make sense for him to leave and sail back a week or two later.

So maybe PH will be the mascot next month? It’s just a thought. She visits at Puffle events like the Puffle Party. What does the fair party have? The Puffle Circus. Next month’s issue is a Puffle issue, and it also comes out later in the month – usually when parties start. (The Fair last year started on September 22nd)

So what do you think? Maybe the Puffle Handler will be making an appearance next month?

66 thoughts on “Issue 8 of Club Penguin’s Magazine Released – Is PH Coming Next Month?”