Here is everything I know about the party. The Make Your Mark: Ultimate Jam 2012 party, formerly known as the Music Jam is set to debut in just a few hours from now. The last day of the party is August 1st, two weeks from now.

It all started with me finding out that Rocky and CeCe, characters from the hit Disney television show ‘Shake It Up’, were going to be at this party. This happened a month ago, and since then there has been lots of information and pictures hitting the web each week. Rocky and CeCe will have a single background to give out, but no stamp according to Club Penguin. Cadence will have a new background than the one she is currently giving out. I do not know about the Penguin Band but I think theirs is going to stay what it is. Here is Rocky and CeCe’s playercards as well as Cadence’s:

As for Cadence having a new background, I say this because several weeks ago Club Penguin changed the background ID to a new unreleased one, but because it was not out it came up as undefined. They since changed it back to a released background. Once the party starts I believe then you can get her new background. 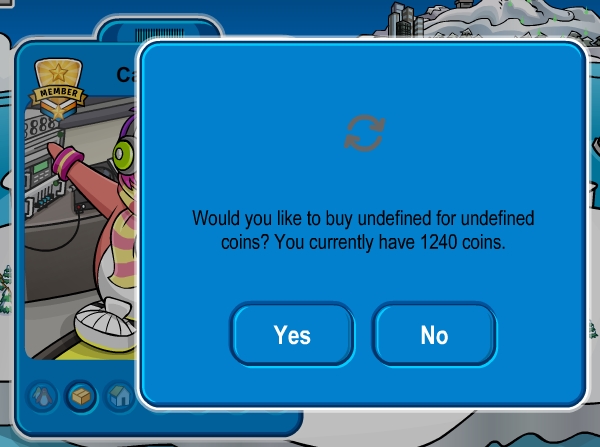 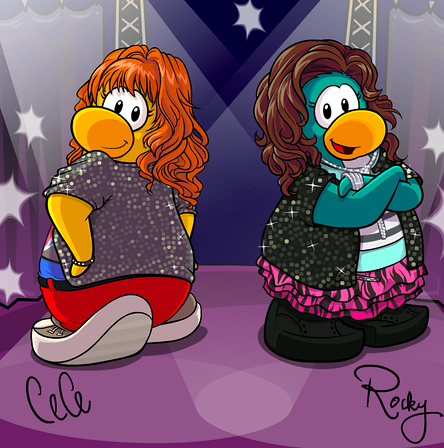 Here is a combination of rooms and items. 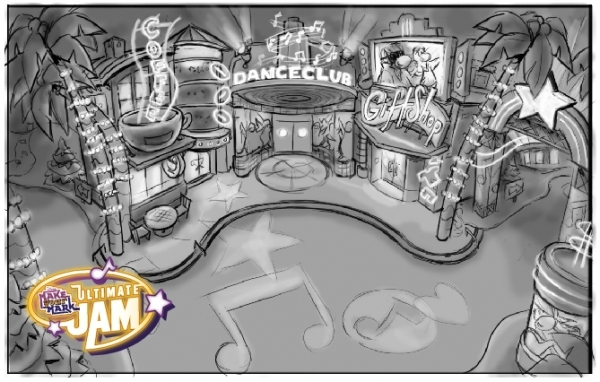 The login and log off screen in the bottom right corner shows a glimpse of a room and items. 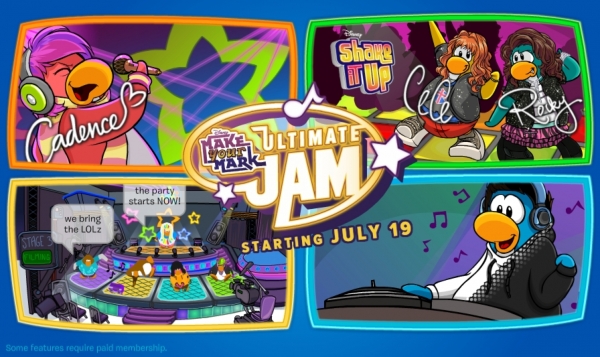 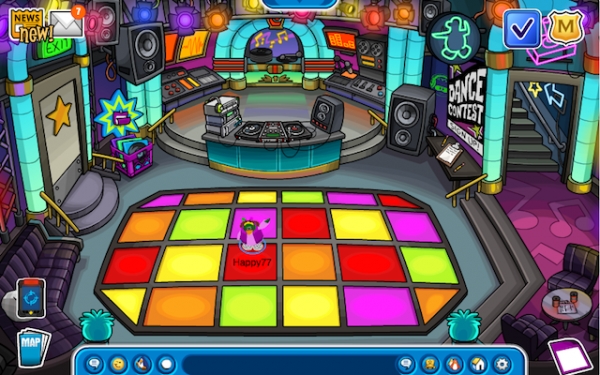 The Ski Village shows that the Casa Fiesta is returning: 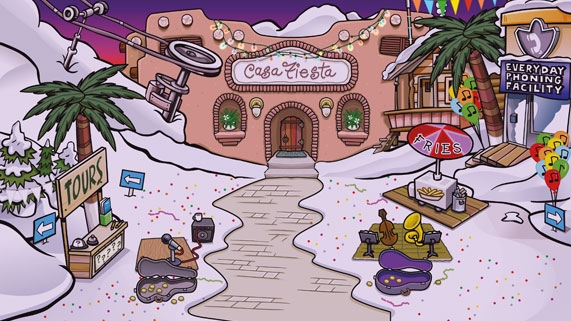 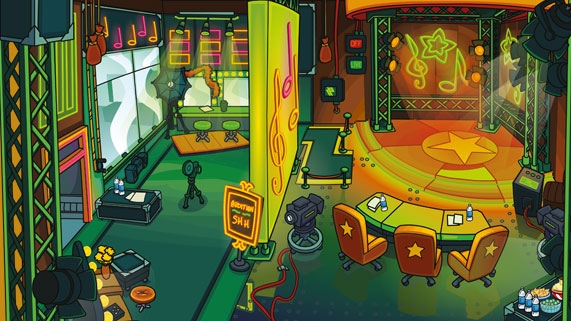 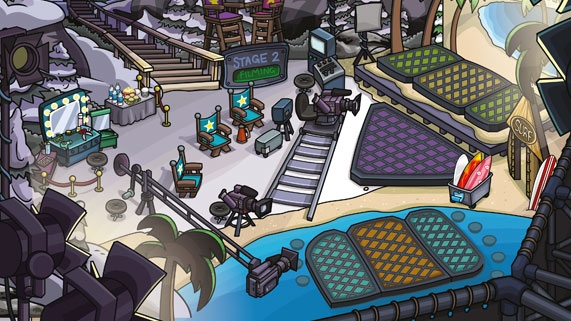 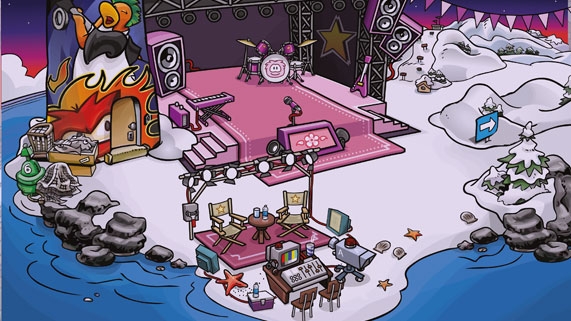 You can also get a general idea as to what other rooms look like via its construction.

I apologise I don’t know more information such as item names. I’m also sorry if this seems rushed and that it is rather late. Next month for the Fruit Party I shouldn’t have this problem.

Check back later for the party cheats!