An interesting addition to Club Penguin’s Mascot File now lists two new mascots by the names of Rocky and CeCe. As mentioned to me on Twitter by @MexboyBee these are the characters of Shake It Up, a TV show on Disney Channel. I don’t think this is coincidental. Could they be penguin-ised for the Music Jam, next month’s party? It does involve dancing, and that’s what Shake It Up is about… 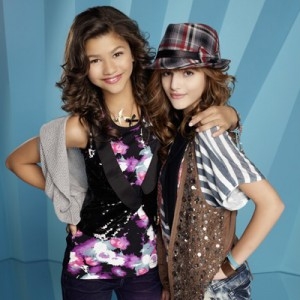 Also, Club Penguin added this string to their game file. Could a feature to like igloos like you can with things on Facebook be on the way?

60 thoughts on “‘Shake It Up’ To Be On Club Penguin Soon, Igloo Liking Feature on the Way?”