Here is an article from the USA Today about the Marvel Super Hero Takeover. Special thanks to Azerty15! The article contains some pictures (nothing new?) and comments about the party from Billybob and others. 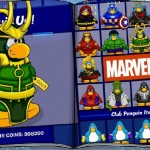 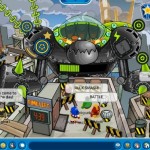 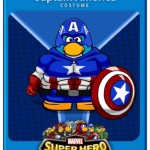 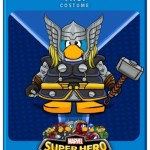 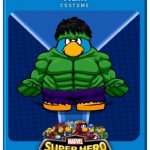 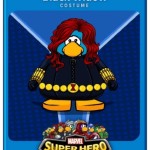 “I think the team probably put in double the amount of hours as they would put into any other big event in Club Penguin — not because we asked them to, but simply because they were having so much fun,” Merrifield says. “They were staying weekend and evenings just doing a few more designs of Iron Man.”

Club Penguin’s not just jumping on the Avengers bandwagon, either. Merrifield says they’ve been working on this bit of corporate synergy for months now. (Disney acquired Marvel back in 2009.)

“The fact that The Avengers is enormous is just sort of serendipity,” says Rob Steffens, executive vice president at Marvel Entertainment.

The usual superhero suspects are coming to Club Penguin, including Hawkeye, Black Widow and Spider-Man, and also characters such as Nova, Iron Fist, Ms. Marvel, the Lizard and Venom that comic fans hold near and dear yet are unknown to the younger moviegoing set.

“That’s the real win for us here,” Steffens says. “Of course, Club Penguin was excited to work with some of our iconic characters, and we said, geez, wouldn’t it be fun if we got to introduce some characters who are lesser known to young kids of today?”

In dealing with little kids like the ones who flock to Club Penguin regularly to play with friends and meet new like-minded children, entertainment’s a goal, but so too is education and the safety of its members, Merrifield says. He also has strived to maintain a sense of innocence in the world, while other parts of the Internet and the real world have grown more cynical.

“Kids grow up in an era that they can’t run off and explore, and they’re not staying out till the street lights come on,” Merrifeld says. “So for some of those kids, it’s never going to be the same thing as running around in nature and getting out, but it can be a little bit of a proxy for a child who goes home and has to lock themselves in the house because mom’s got a couple of jobs and won’t be home until later.”

It is a different world from the one he grew up in, “and if we can make that experience unique and fun and aspirational, even just for a few minutes after school, then I think we’ve done something right.”

The users of Club Penguin range from as young as 6 years old to kids who are 15, and Merrifield even hears from teenagers who are still stopping by for the monthly parties even though they’re about to go off to college.

Plus, with The Avengers being so popular, adults may feel inclined to take their own Iron Man penguin for a spin, and they’ll be joined by parents and grandparents who also have accounts and play with their children.

“We’ve never seen it as a little kiddie world,” Merrifield says. “The humor is a big part of it.”

“If you want to go see the intense, realistic, awesome movie, then you go and see The Avengers. And if you want to have a chuckle a little about it afterwards, then you jump into Club Penguin.”