In just a few hours (if they update as planned) Club Penguin will be releasing the 2012 April Fools Day Party! Unlike most parties, not a whole lot of information is known since a sneak peek video of the party has not yet been uploaded, and I do not know if there will be one. I have two pictures of this party. The first one Happy77 gave us on the Club Penguin Blog earlier today. I’m pretty sure this is the Zany Dimension. 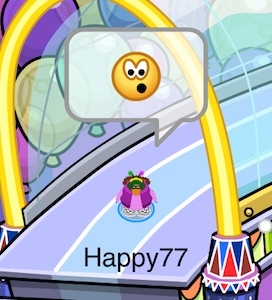 The second one is a rough sketch from a Club Penguin video they uploaded in the beginning of 2012.

As for the party rooms, some dimensions will be returning. Which ones I do not know. I also do not know if there will be a scavenger hunt at this party like last year. I think not, but I could very easily be wrong. I know there will be three new dimensions, however:

In the login screen some of the old dimensions from last year’s party are in it. I bet they will be returning. 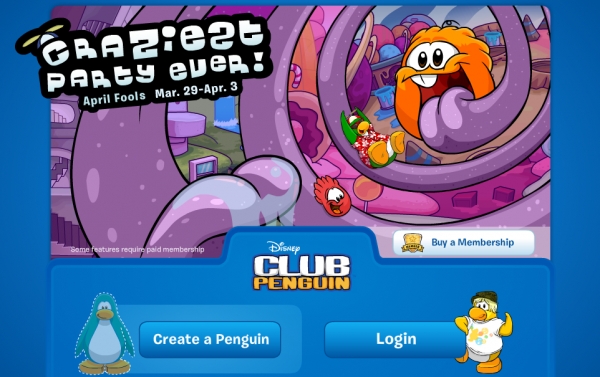 The whole purpose of this party is to find out where Orange Puffles came from – this is Rookie’s mission, at least. He will be meetable without a new background. He will probably give out the one from last year. Now for items, I only know of two:

That’s all for now. Stay tuned for when the party is actually released!