Club Penguin has released their sequel play to The Penguins That Time Forgot, an old play in Club Penguin that was first released in June 2008. The title of this sequel play is The Vikings That Time Forgot. This is a brand new play, the fifth new play since October 2011. It’s the sixth new one if you count the new script and updated catalogue look for The Twelfth Fish. Here’s the set of the Stage: 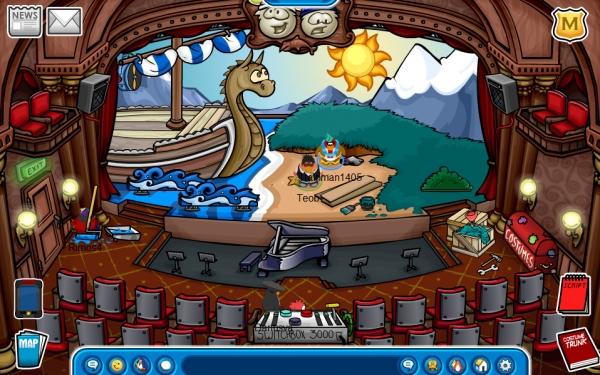 The script is a mixture of The Penguins That Time For Got and Haunting of the Viking Opera. Chester’s Time Travel Machine takes him back to the time with the vikings. 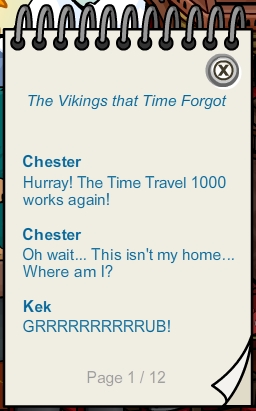 As for the catalogue, there are two hidden items. Click the starfish for the Megaphone which costs 145 coins and the Director’s Hat, which costs 250 coins. 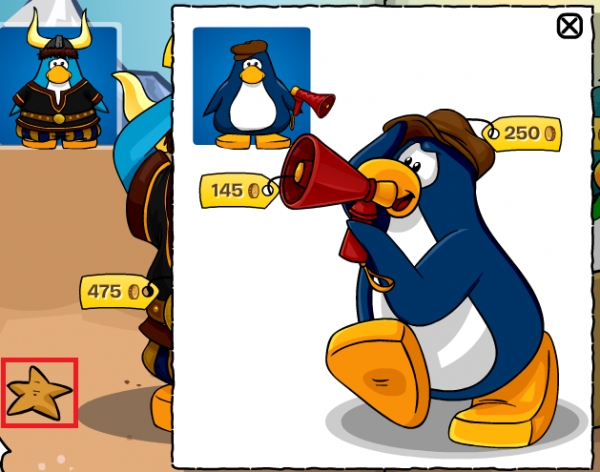 11 thoughts on “The Vikings That Time Forgot Stage Play Now On Club Penguin!”