In addition to the details of the party being announced in the new issue of the Club Penguin Times, a new login screen has been released. It is animated. It features the Pink Puffle (a great detail, since the Pink Puffle enjoys being in water) and water covering up most of the island, while Rookie and two other penguins are at the Beach. It’s kind of weird because behind the Lighthouse there’d be the ocean…who knows though. :P 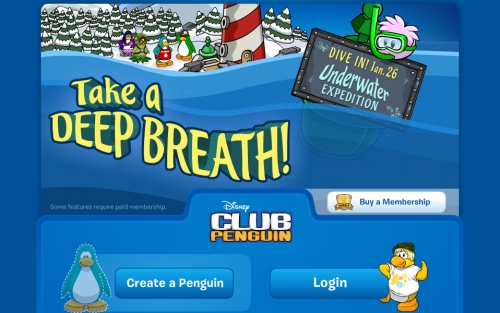