Club Penguin has released a new newspaper, for the 12th of January. This is the second issue of 2012 and brings us to the 325th issue.

The main headline is this week’s newspaper is a formal announcement of the Underwater Expedition. The expedition will actually be taking place under the island. According to Rookie, there could be undiscovered caverns under the island. Some might even have treasure or artifacts! I wonder if that squid from Aqua Grabber will be making an appearance? 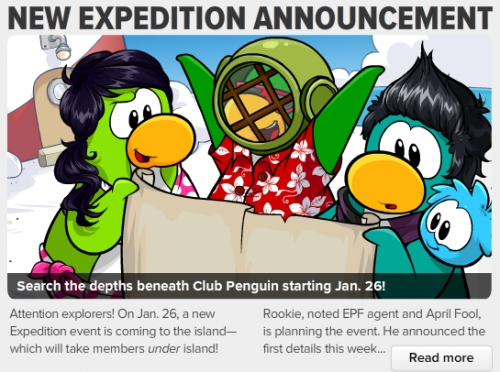 The second main headline is about the Twelfth Fish being at the stage. Everything is the same except the script, which was rewritten by Rookie himself. He’s really involved in the island’s events this week! 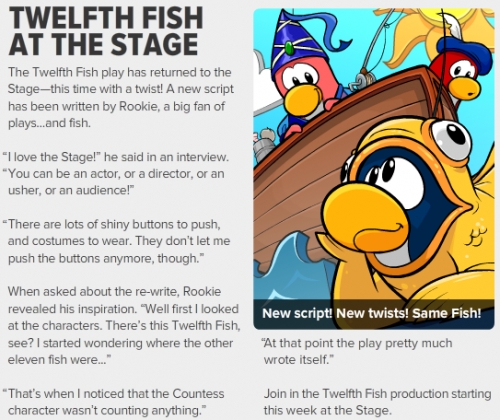 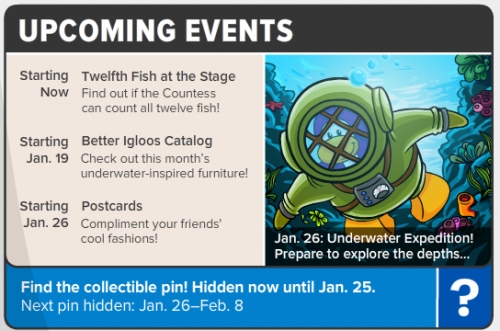