Club Penguin has released a new newspaper, for the 5th of January. This is the first issue of 2012 brings us to the 324th issue.

The main headline is this week’s newspaper is about the Coins For Change results being at the Beach for everyone to see. 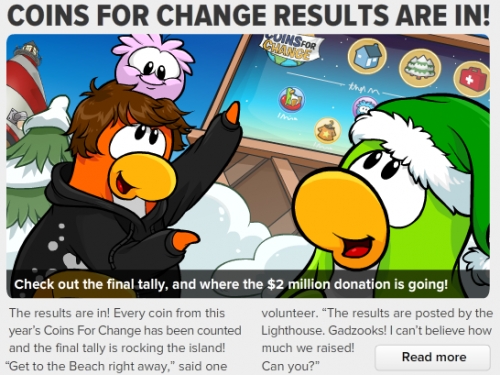 The second main headline in the newspaper is all about the Twelfth Fish being at the stage next week, but with a twist – it’s rewritten! It’s Rookie. Read the article and look at the picture. The fact that Rookie is mentioned makes my post from yesterday about him coming to Club Penguin soon means he might be coming sooner than I thought. 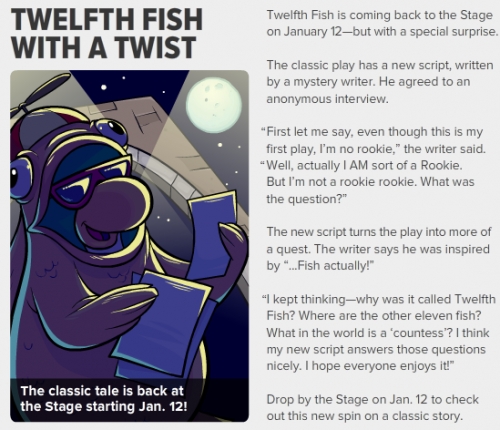 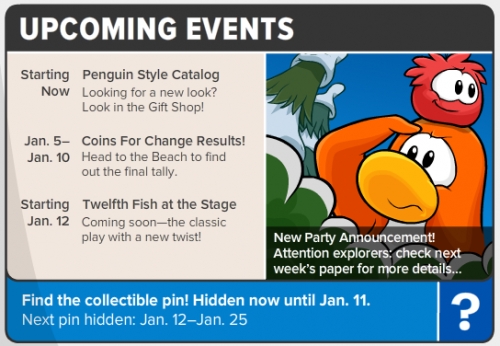 On page two of the newspaper you can check out all the winners of the Deck the Halls igloo contest. 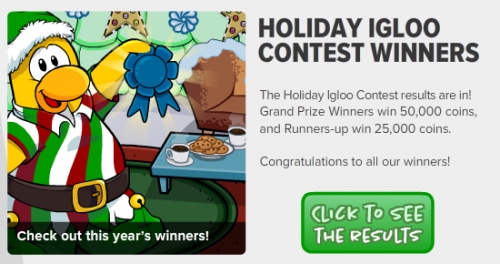