Club Penguin has released a new newspaper, for the 29th of December. This brings us to the 323rd issue. This is the last newspaper of 2011.

The main headline is this week’s newspaper is about Coins For Change, letting us know the Lighthouse has been filled! 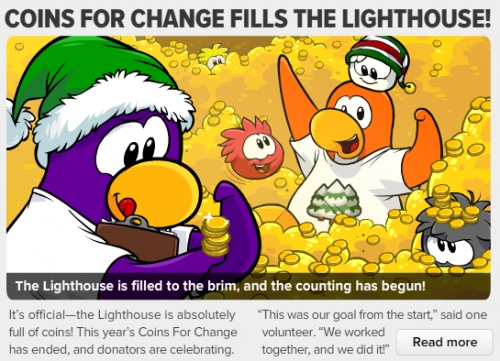 The second main headline in the newspaper is all about the new year. It let us know there are fireworks at the Iceberg and Mountain! 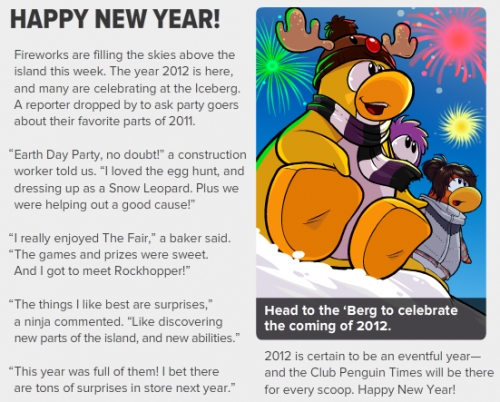 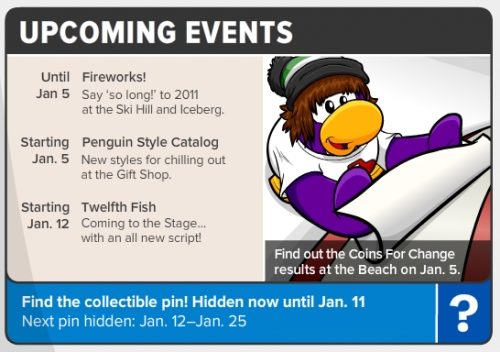