Club Penguin has released a new newspaper, for the 25th of November. This brings us to the 318th issue.

The main headline is this week’s newspaper is about the 2011 Card-Jitsu Party. The battle has begun, and new elemental powers have weekend – the weather can be controlled! 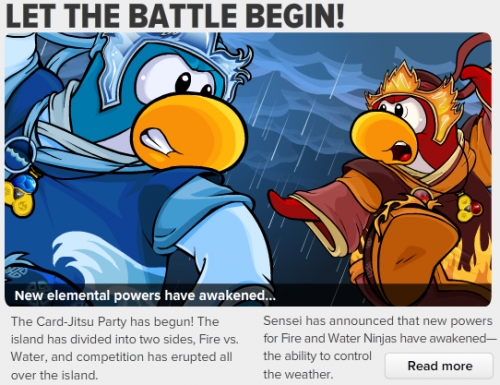 The second main headline in the newspaper is all about the whole Fire Vs. Water competition on the island. 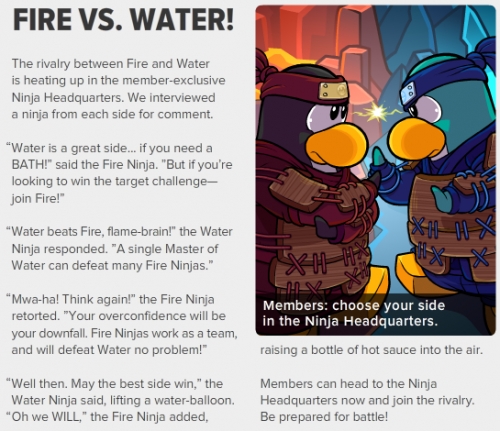 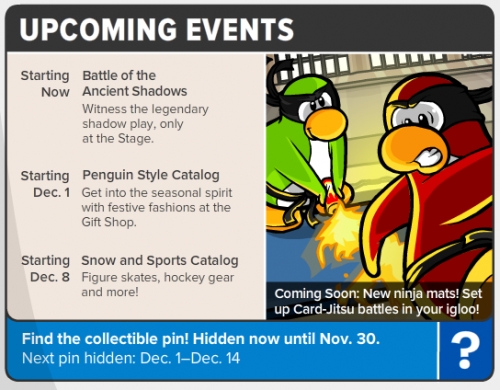