Club Penguin has updated the Coffee Shop with many decorations to celebrate the game being around for a total of six years! I feel so old, as I have all the anniversary party hats. Heh. Anyway, like every year there is a party hat you can obtain. You can also unlock the stamp “Celebration”. 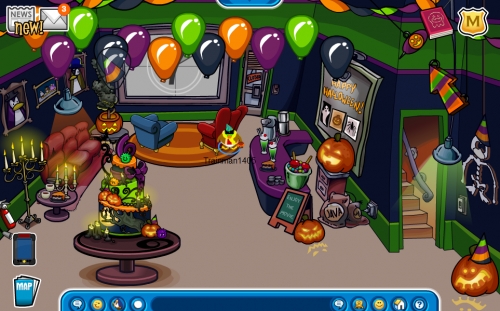 The hat will fall down onto the table. You can then click it and add it to your penguin’s inventory. 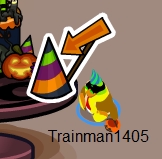 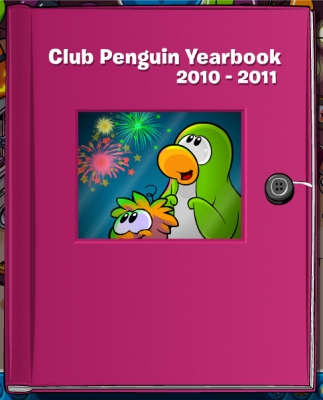 There are some special secrets in this book.

During the Sixth Year Anniversary Party you can earn three stamps:

The following stamps should be unlockable but aren’t as far as I am aware:

This is Aunt Arctic’s new background: 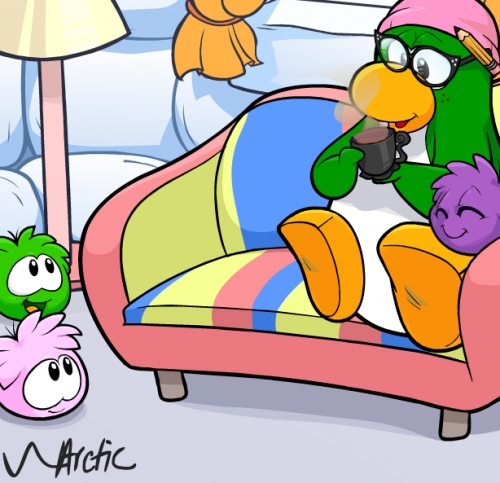 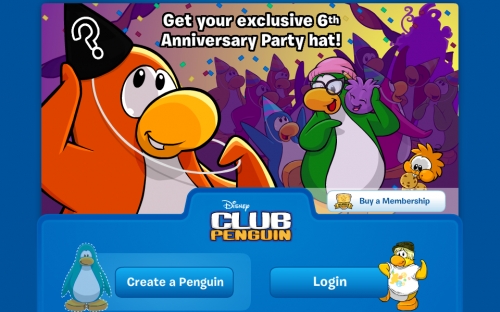