Club Penguin has released their fourth Igloo Upgrades Catalog of 2011! The last one to be released was in July. 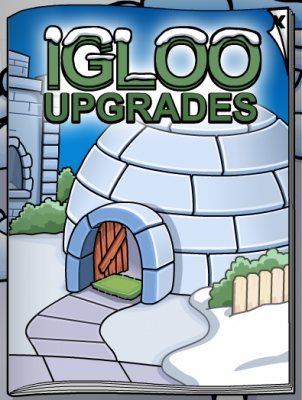 This time there is one new igloo, the Trick-or-Treat Igloo. It costs 2000 coins. I think it’s pretty creative! The Jack O’ Lantern Igloo has returned for 2,700 coins. Club Penguin has also updated the different floors you can purchase. 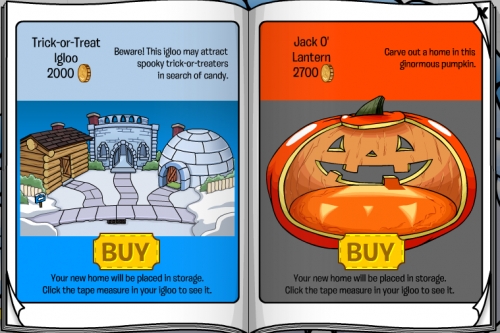 Here are the old cheats:

Click the crowbar in “Floor Removal Service” for the Secret Stone Igloo, which costs 2,000 coins. 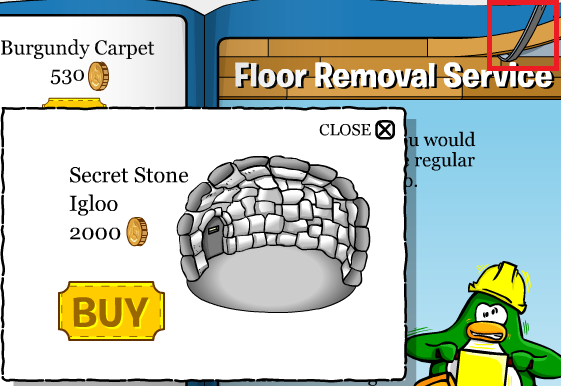 Click the windows on the Dragon’s Lair Igloo for the Shadowy Keep Igloo. 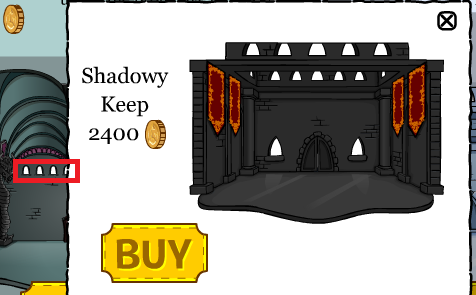 Click the door of the Ice Castle igloo for the Grey Ice Castle Igloo, which costs 2,400 coins. 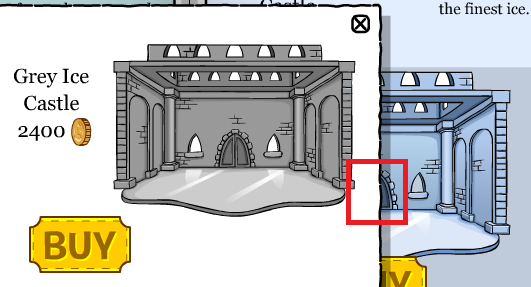 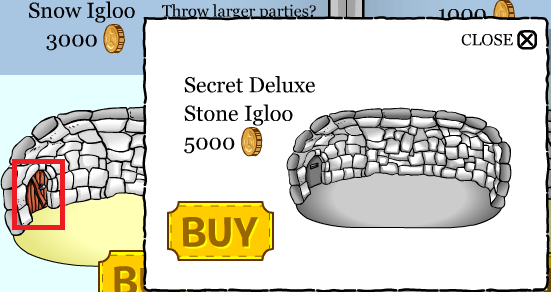 Here is a video of all the cheats: