A friend of mine, Sadas (who also gave me information about the 2011 Halloween Party) recently told me he thinks there are a few penguins wearing unreleased items in Club Penguin’s newest book, the Card-Jitsu handbook. I took a look at the images he gave me and I’ll consider it plausible. I’m pretty sure the penguin circled in the yellow is wearing a Suede Jacket & Chullo. I am unsure about the penguin circled in Green. It doesn’t look like the Red Hoodie and it doesn’t look like the Santa Outfit. It looks more like a Red Parka. Finally, there is the penguin circled in the Red. It’s not the shade of the Ice Cream Apron and it’s not as dark as the Baker Apron. 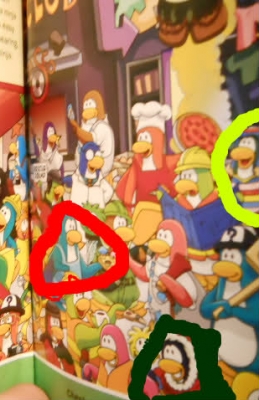 Here’s another image of it: 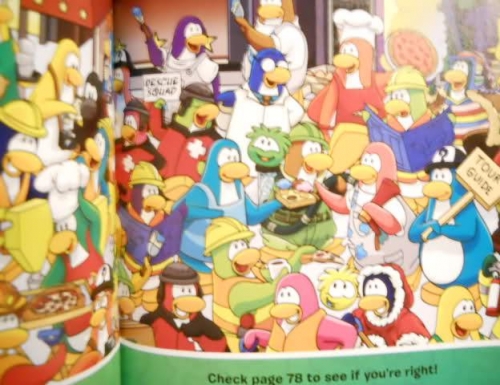 What do you think? Are these items released already but altered in the book or are they to be released at some point in the future?