Club Penguin has released a new newspaper, for the 12th of August. This brings us to the 303rd issue.

The main headline is this week’s newspaper is about the Great Snow Race. It says the event will be held on the toughest (and tallest?) mountain. All of it will be for all penguins! 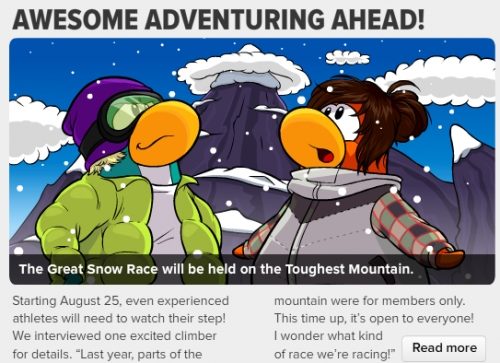 The second main headline in the newspaper is about preparing for the Great Snow Race by playing Sled Racing. 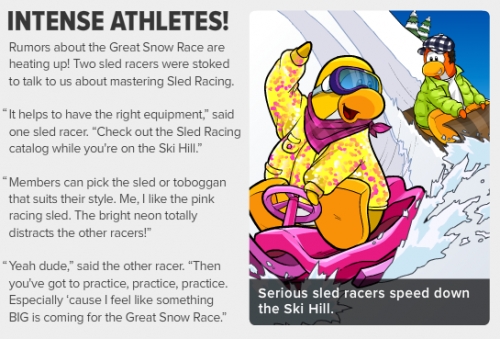 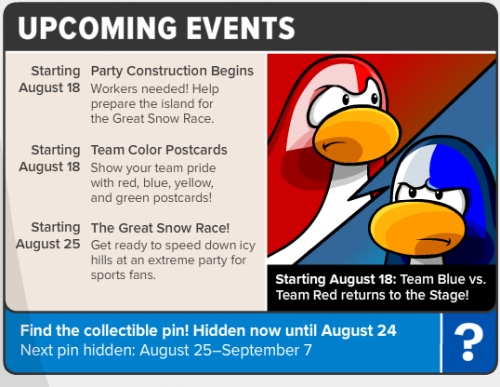 There is a secret message from the Director! Under the first article titled Awesome Adventure Ahead click “Read more”.

Then put your mouse over the text reading “extreme peak face-off” and leave it there.

After a few seconds a message from The Director will pop up. 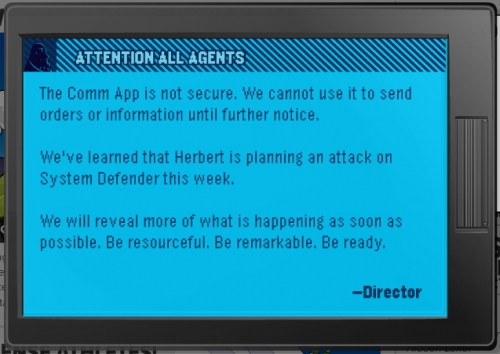 The Comm App is not secure. We cannot use it to send orders or information until further notice.

We’ve learned that Herbert is planning an attack on System Defender this week.

We will reveal more of what is happening as soon as possible. Be resourceful. Be remarkable. Be ready.