Club Penguin has released a new newspaper, for the 22nd of July. This brings us to the 300th issue. This is quite a milestone! It means 300 weeks ago Club Penguin released their newspaper. I remember joining Club Penguin back around Issue 45! It’s hard to believe it’s been almost six years since Club Penguin first released the newspaper!

Anyway, the main headline is the newspaper is about Rockhopper’s cream soda missing, stating you need to help him find it! 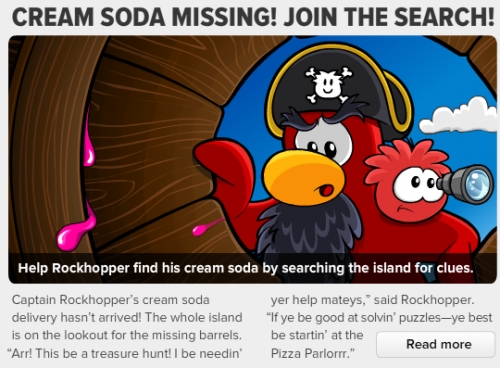 The second main headline in the newspaper is about tours at the adventure party. It briefly talks about the island decorated for the party. 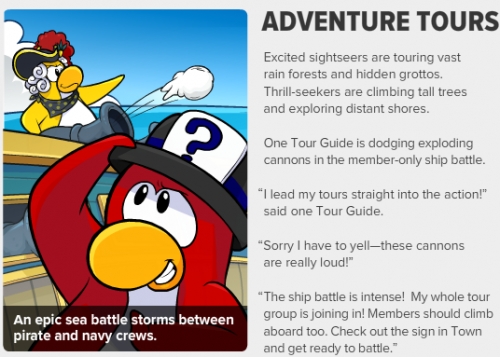 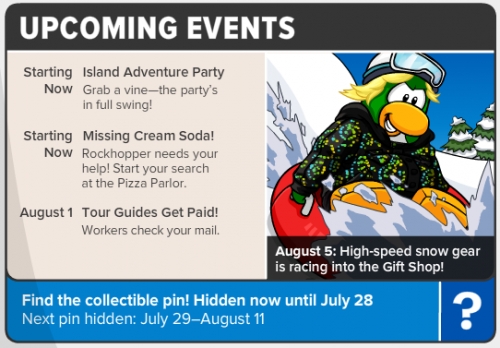