First off, go to the Captain’s Quarters on the Migrator.

A note will pop up, and you’ll receive a free eye patch pin. 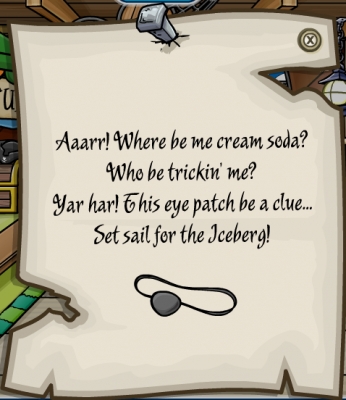 Aaarr! Where be me cream soda? Who be trickin’ me? Yar har! This eye patch be a clue…set sail for the Iceberg!

As stated by the note, go to the Iceberg. When you’re there, go to the bottom right corner and throw a snowball into the water to feed the squid a fish. Once you do a Telescope will pop up.

This is the note that comes along with it: 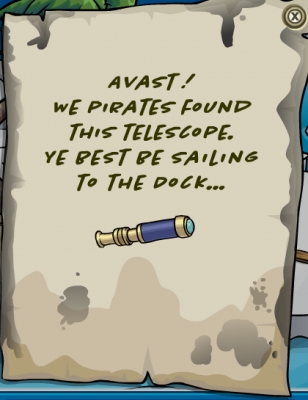 Avast! We pirates found this telescope. Ye best be sailing to the Dock…

Once you head to the Dock, you’ll see a ship fall apart. You’ll need to reconstruct it. 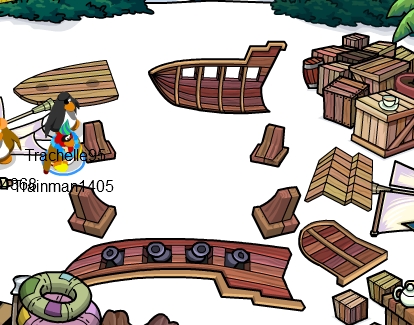 After you reconstruct the ship, a note will be shot out of one of the cannons. Walk over to it. You’ll get a free Tropical Feather Pin.

This is the note: 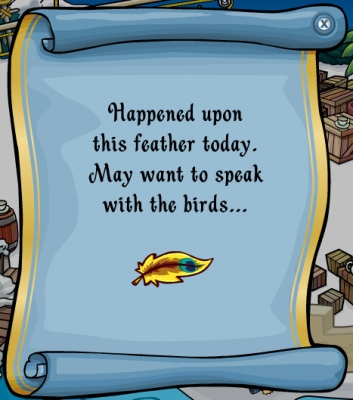 The note that comes with the Tropical Feather Pin reads:

Happened upon this feather today. May want to speak with the birds…

Head to the Forest and waddle over to the tree to access the Tree Forts area. In this room you can unlock the new Musical Maestro Stamp. There is four drums, one for each color/set of birds. Whatever order they shake in is the order for you to click the drums. 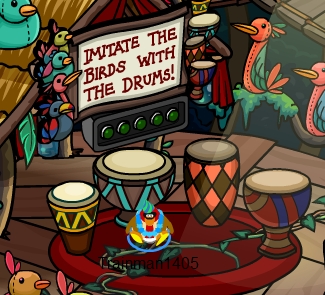 Here’s which drums match up to the bird colors, in case you aren’t sure:

Once you finish the puzzle and unlock the stamp, an egg will crack open in the nest. You’ll get a key and another note. 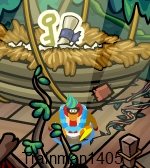 This is the note, which also has a small treasure map. 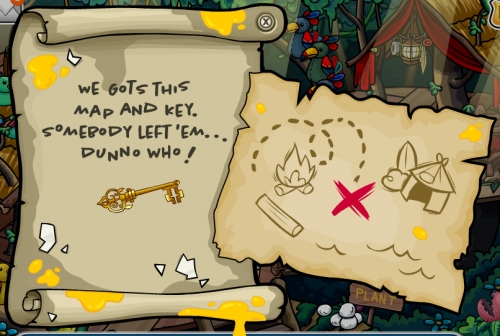 Go to the Cove for your final mission! You need a drill, so pick up the free Hard Hat if you don’t already have one. 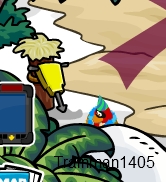 Drill over the X by dancing. The treasure and cream soda will appear, and you’l get a free hat.

You get one last note, this time from Rockhopper. 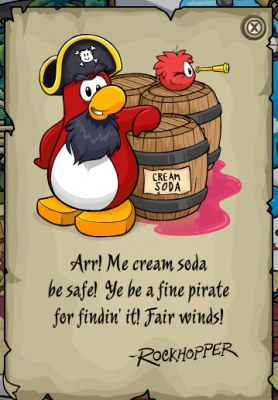 Arr! Me cream soda be safe! Ye be a fine pirate for findin’ it! Fair wings! -Rockhopper

Overall I thought this was a fun scavenger hunt and I like how things were switched up!