Ever since September 2007, Club Penguin has done their annual Fall Fair Party. Because of this, I have reason to believe Rockhopper will also make an appearance during this party, as it is usually something he does each year. Not only that, but he likes to bring the decorations in the Summer and leave them there for a future party, the wonderful Fall Fair. 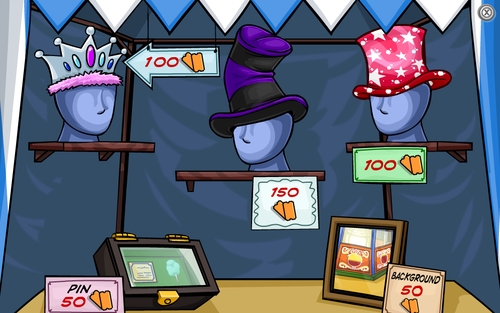 As most of you know, the Fall Fair is kind of like a carnival. There is different games around the island such as Balloon Pop, Memory Cards, Ring The Bell, Puffle Paddle, and Spin The Wheel, which most penguins used to abuse due to cheating for tickets. With the temporary games, instead of earning coins penguins will earn tickets which they can use at the Prize Booth. At the Prize Booth there is an assortment of items that all penguins can earn. Ever since the 2008 Fall Fair Club Penguin has added some special things for members. It originally started with an extra prize booth, then extended to other things such as the Great Puffle Circus.

What would you like at the 2011 Fall Fair? New games? New items? Pins? Backgrounds? Whatever Club Penguin has in store for us, I’m sure they will please us all with that the Fall Fair offers this year. Stay tuned!