As you may recall, yesterday I posted a Card-Jitsu Card that contained a penguin wearing the Shadow Ninja items. There was a few other cards similar to it. They did not have the Shadow Ninja penguin in it, however it has the golden sunset look to it. There is three other cards with that look. Here they are – you’ll see where I’m going with this in a minute. 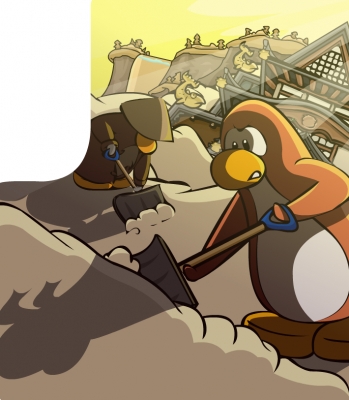 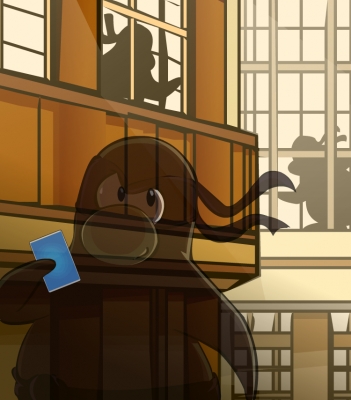 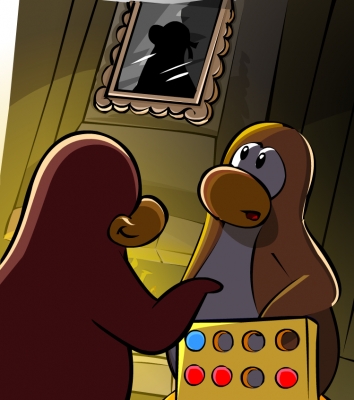 Now, in this week’s newspaper take a look at the upcoming events. It says “Rewards for Ninjas – Secrets will be revealed in the martial Artworks Catalog…” 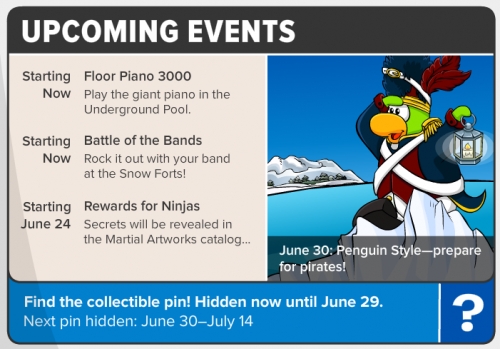 These secrets are most likely about the Shadow Ninjas? With the effects on the Card-Jitsu cards it kind of makes them seem distant, or hiding in the Shadows. Could the Shadow Ninjas be an elite ninja group that is super secret until now? I guess we’ll know later today when the June 2011 Ninja Martial Artworks Catalog is released!