If you think about it, there is a lot we already know about the upcoming Medieval Party 2011 on Club Penguin – it’s just not entirely known. You mostly need to put the bits and pieces together that Club Penguin has given us to get a clear picture, which I’ve done below. None of this I can actually prove, it’s mainly theories and opinions.

First off, I’ll start with the current Medieval Party 2011 Construction. The picture below is last year’s construction for the 2010 Medieval Party. Does it look familiar? Go on Club Penguin and compare the rooms with the ones from 2010: 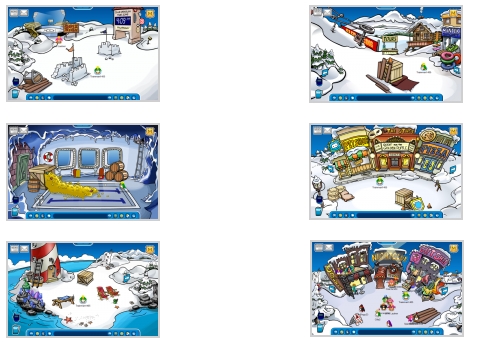 If you said it looks familiar, you’re right. It’s the exact same. Because of this, the following rooms will most likely be a clone of the 2010 party: 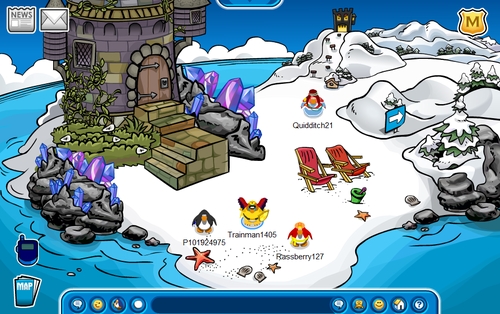 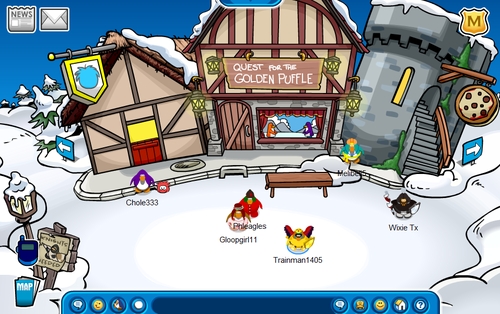 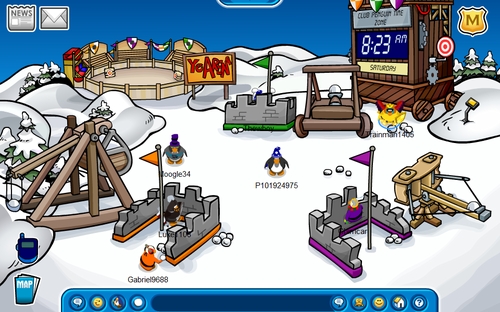 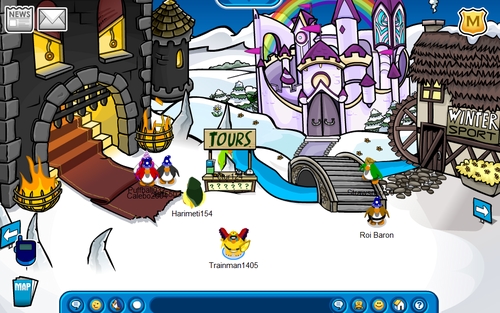 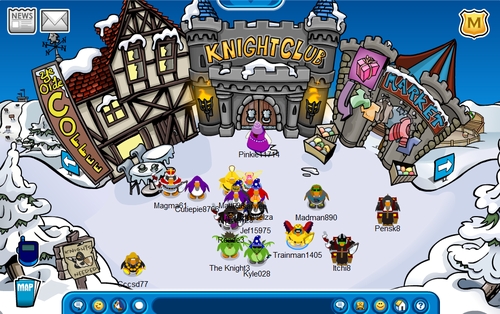 In fact, compare the Town above with the one in Happy77’s video – it looks identical, doesn’t it? 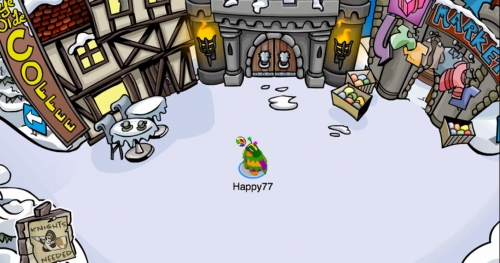 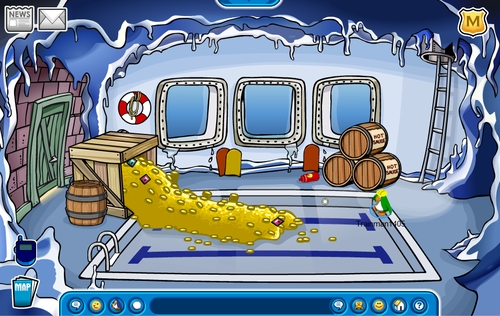 …with this years. Notice anything different? 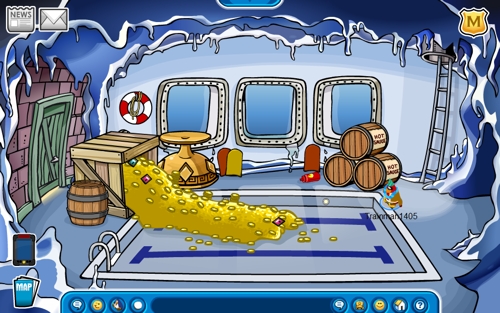 Did you spot the difference? This year there is a giant cup. That brings me more into depth to Happy77’s Medieval Party that she showed us. If you compare the cup in the pool to the one in her video, they look pretty similar. It looks like it’d be a medieval version of Puffle Shuffle. If it is a game or some sort of challenge, you would then be able to unlock the Party Puzzle stamp – solve a puzzle at a party.

It’s also pretty evident there will be three knight’s quests. It was first said in Billybob’s upcoming events blog post. 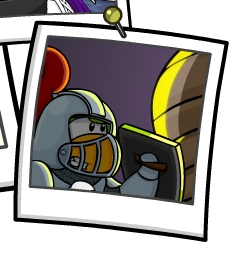 Then in Happy77’s video it even showed the banner advertising the Knight’s Quest. 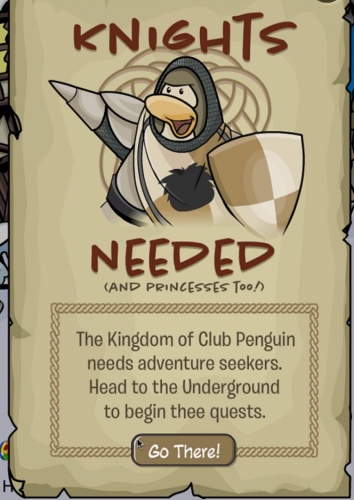 We also know that there will be a third knight’s quest – it even showed it in Happy77′ s video.

It’ll look highly similar to last year’s cave but with a third one. 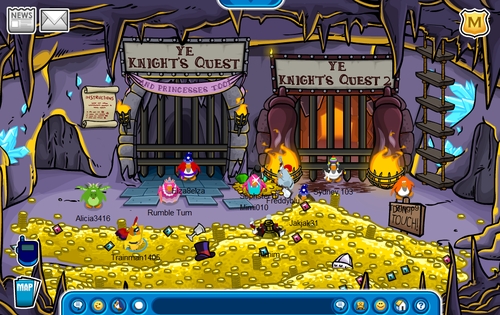 In fact, Billybob was nice enough to post a sneak peek of 2/3 of the room:

Happy77’s video also showed a lot of the knight’s quest – most likely the third one. 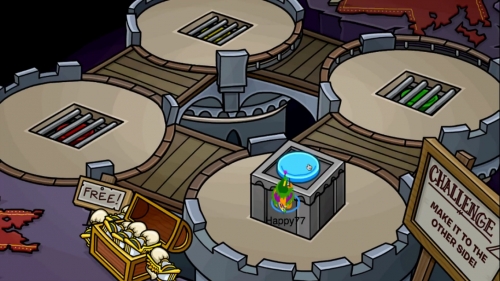 You can see a free item in the left corner. It’s most likely the White Knight Helmet. 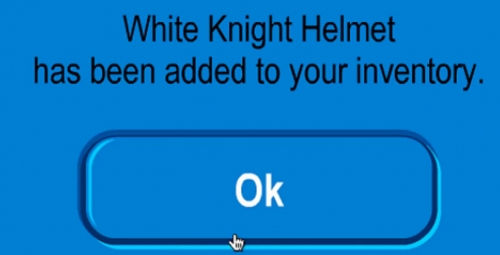 Here’s another picture of the quest: 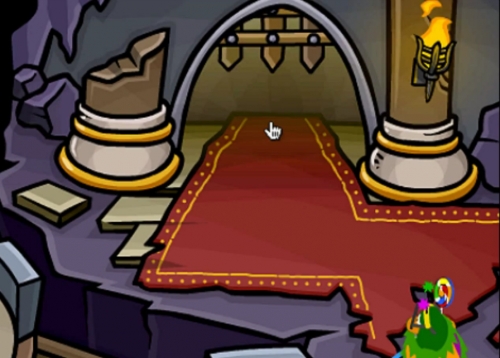 This image below is at the Cave – compare it with the middle entrance in Billybob’s image. 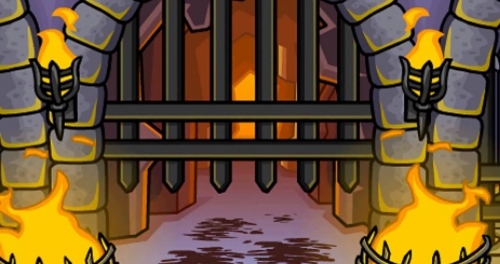 If you compare the image below to Billybob’s sneak peek of the Cave, I have reason to believe the room in the image below is not the cave because it looks different – the entrance has a stone path. Billybob’s image has a red rug on top of stones. 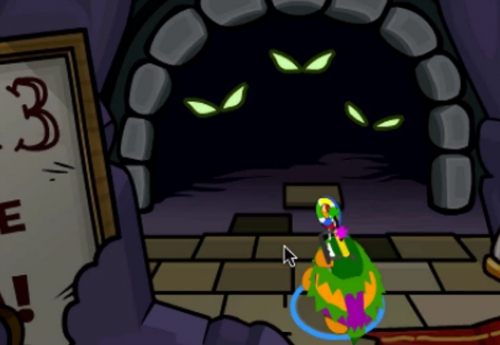 The Cave of Battle was mentioned in Happy77’s video. 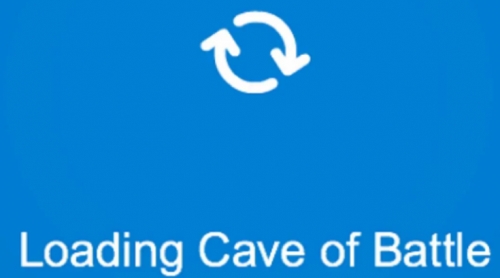 I have reason to believe that the Cave of Battle is this room:

Yeah, the one with the three dragons. 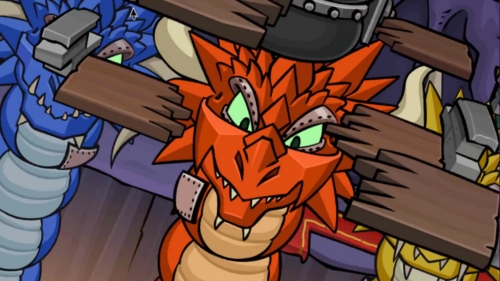 Wow, the dragons are pretty big! In a email from Club Penguin it includes this image:

If so, I think the Knight’s Quest II (2) will be the same or possibly a little different. 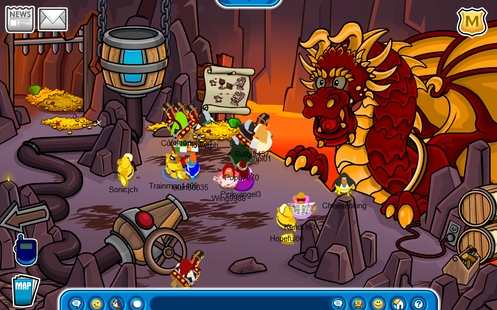 In fact, the red dragon was shown in Happy77’s video here too:

The Hall of Hints is probably help to a maze – there’s been an answers room at the other Medieval Parties, too. 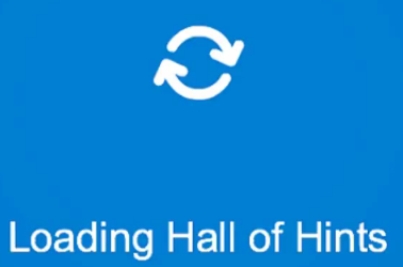 Second to last, there will be a stamp titled “Noble Knight”.  I don’t know what you have to do, but it’ll be specific to this party – probably something along the lines of “Complete a Knight’s Quest” or “Defeat the big bad dragon”.

There is also some clothing item ids in that image….

These ids are not yet in Club Penguin’s item database, meaning there will be at least 6 new free items at this party – most likely members only. They are some sort of knight’s items. The other item ids are other Knight’s clothes that we already have such as the Golden Knight’s Armor, Black Knight’s Armor, or Green Shield. 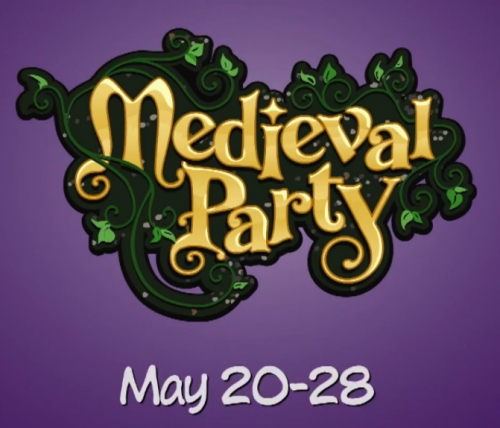