Attention agents! There is a brand new System Defender update! You must be a member. Start off by going to the Elite Penguin Force Command Room. Head over to System Defender and click the members section of it.

As you can see, Herbert is behind this attack!

It is a normal attack like the previous System Defender, however there is some new stuff. Towards the end, there is Boss Bots – they are big, fast, and cause lots of damage.

There is also a section of lots of purple bots, so keep your eyes peeled!

Klutzy even makes a short appearance. 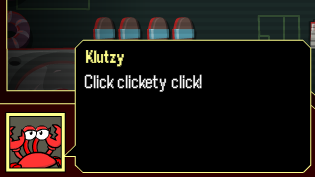 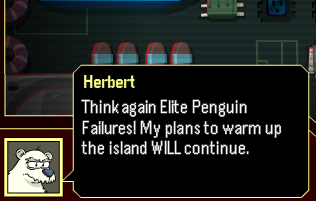 Now, there is something new. Right before the end of the attack, there’s something called the Centipede of Doom.

As you can see, it’s very long!

It’s a lot of fast moving yellow bots. Be sure you have lots of strong cannons! 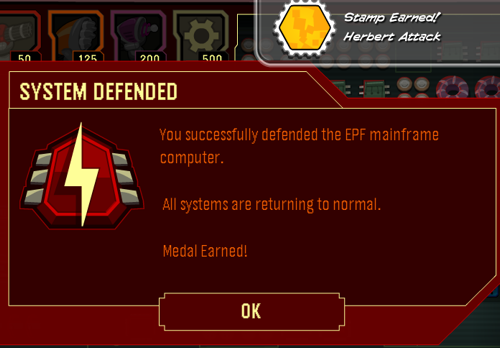 Here is a video: