In 2006 there was only one update, which was Jetpack Adventure being released for all penguins to play. Back in 2006 stamps didn’t exist so obviously at the time this game did not have any stamps to unlock.

In 2009 Club Penguin has two updates. They were a new pin and a new clothing catalogue. The new pin was the Sled Pin, later renamed to the Toboggan Pin. The pin was hidden at the Ski Hill. It’s the third pin to be hidden in that room and is Club Penguin’s 105th pin overall.

The other update in 2009 was November’s Penguin Style catalogue being released. It contained winter wear. 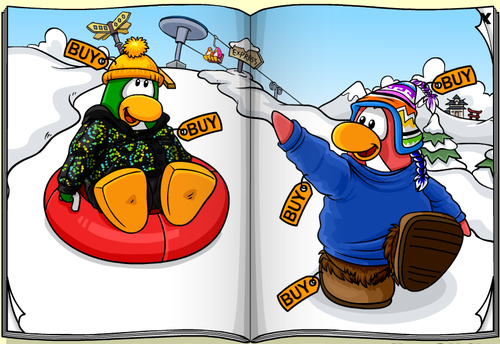 Just like in 2009, 2014 also had the release of a new Penguin Style. It contained fall fashions as well as some pirate and mermaid costumes. 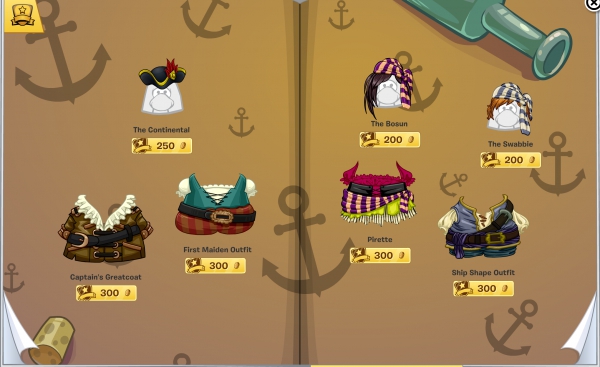 Another update was Squidzoid vs. Shadow Guy and Gamma Gal returning to the Stage for a tenth showing. There weren’t any set changes.