On the 16th of November in Club Penguin History there’s only been updates in 2007. There were two updates. Up until November 2007, the Plaza had no Stage. Between the Pet Shop and Pizza Parlour was an empty space with a few tables. Oh, and a quick side note – did you know the Dojo was originally going to go where the Stage (now Puffle Berry Mall) was? Club Penguin scrapped that plan. Anyway, the construction to build the Stage had started earlier in the month and completed on the 16th of November. Now that the construction was over penguin could access the new room, the Stage! The first ever stage play on Club Penguin was Space Adventure. 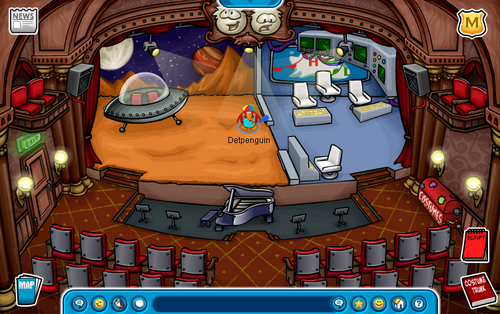 Thanks to my old friend Detpenguin for giving me his picture to use way back in 2007!

Unfortunately, the Stage no longer exists. It was replaced with the Puffle Berry Mall in June 2015.

In addition to the Stage room being released, a new furniture catalogue was now out. The theme of the new items for that month was snow furniture. New items in that month’s catalogue included the Snow Couch, Snow Deck Chair, Penguin Ice Sculpture, and more. 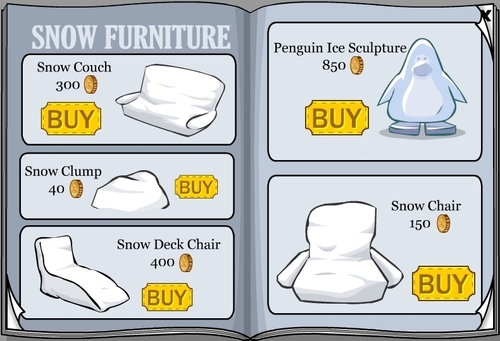