On the sixth of July Club Penguin has updated in 2007, 2011, and 2013. There is also some slightly noteworthy news from 2012, but it wasn’t an in-game update. The in-game updates range from a new clothing catalogue to Team OK winning the Scare Games at the Monsters University Takeover.

The first year to have updates on the sixth of July was 2007. The most anticipated update was a new clothing catalogue with new styles for the month. The catalogue contained an assortment of items relating to activities you would do over the summer, such as rollerblading or diving. 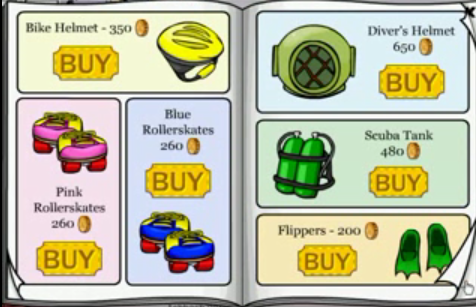 Another update in 2007 was a new pin. The Water Droplet Pin, Club Penguin’s 36th pin, was hidden at the Dance Lounge, now known as the Arcade. This was the third pin hidden in that room.

The final update in 2007 was the underground flooding. The crab you see at the Cave tapped on the glass and it cracked, letting water in and flooding the underground. This led to that month’s party, the Water Party.

The updates on this day in 2011 were meant to happen on the first but delayed a few days. Just like in 2007 there was a new clothing catalogue, except this time it contained clothing relating to the Adventure Party. Here’s a pointless fun fact for you: a little while after the catalog was first released, the text for “Clearance” was changed. 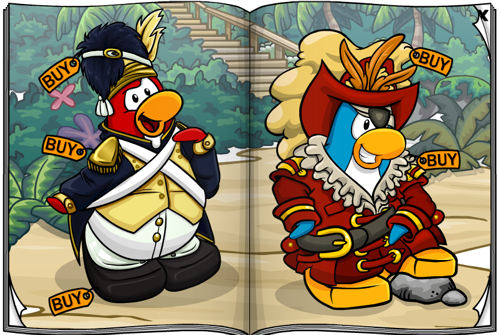 The other update was a new pin. The Tiki Mask Pin is Club Penguin’s 167th pin overall and was the seventh pin pin to be hidden at the Dock. 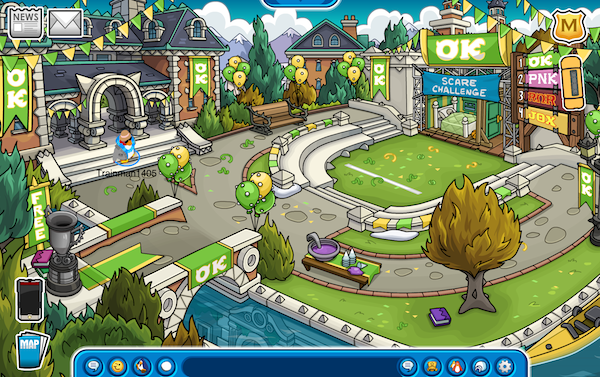 Finally, although not an in-game update, in 2013 the ringtone for Cadence’s song “The Party Starts Now” was now available for sale on iTunes.