On the 7th of July Club Penguin has only updated in-game in 2006. Three updates happened: a new clothing catalogue, the Western Party began, and a new pin was released. There was also a tiny update to the beta team in 2011.The July 2006 Penguin style contained items relating to the party that month, the Western Party. Like most 2005 and 2006 parties it wasn’t a huge party, although the island did have some decorations. The Night Club was the main attraction, which was turned into a barn. The free item at the party was the Bandana. 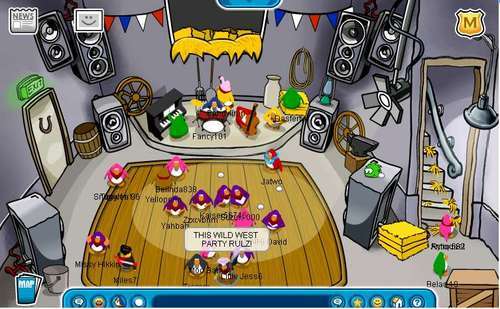 The other update in 2006 was a new pin. The Horse Shoe pin is Club Penguin’s ninth pin overall and was the first to be hidden at the Mine Shack.

In 2011 the Beta Team once again began loading after stopping on the 30th of June.