The only update on this day in 2007 was the Water Party beginning. The crab at the underground pool had cracked the glass which caused water to flood the underground, so hoses were placed to suck it up and disperse it around the island with an assortment of fun water works. 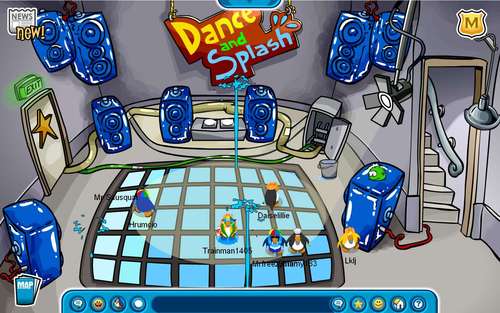 The first free item was the Umbrella Hat, located at the Coffee Shop. The second free item, the Blue Water Wings, was added several days later and could be picked up at the Plaza.

In 2010 three new tracks for DJ3K were released. They were the Desi-bel Record, House Blend Record, and Reggaetron Record. Members could purchase the three for 75 coins each.