On the 15th of July Club Penguin has updated in 2011. That year there was multiple igloo related updates, a new pin, and Adventure Party preparations began.

In 2011 five updates took place. Three of them were igloo related. The furniture and igloo catalogues both received an update for the month of July. The furniture catalogue now contained different adventure and island themed items and the igloo catalogue now contained the Mermaid Cove Igloo, Whale’s Mouth Igloo, and also the Ship Igloo. The Mermaid Cove igloo was 3,030 coins, the Ship Igloo was 4,300 coins, and the Whale’s Mouth Igloo, which was hidden, cost 2,700 coins. 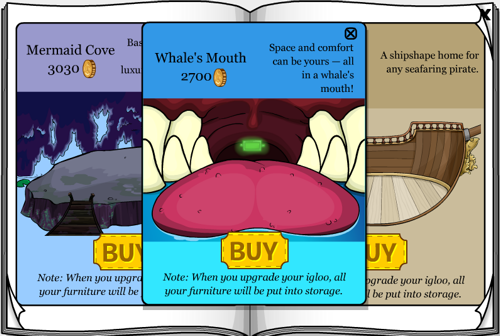 Speaking of adventure, also on this day in 2011 some preparations for that month’s big event, the Adventure Party, began.

Crates holding materials were placed at the Town, Cove, Plaza, and Beach. At the Beach was one of Gary’s many inventions, the Flare Flinger 3000. When used it would launch flares into the sky in hopes of getting Rockhopper’s attention so he would sail to the island. 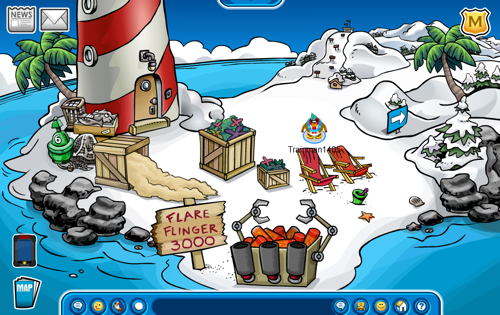 The final update in 2011 was a new pin. The pin was the Gold Anchor Pin. It’s Club Penguin’s 168th pin and could be found at the Iceberg, the sixth pin to be hidden in that room.