Chattabox will be having another meetup on Club Penguin this week, specifically Wednesday night/sometime Thursday depending on where you live. This meetup’s theme is, of course, the fair.

Hold the (puffle) fort… THE FAIR IS HERE! Club Penguin island has been taken over by pirates, space squids, dragons and who can forget… The Penguin Band. Those guys are so cool! Apart from raving along to our favourite rock stars, I’ve been playing all the awesome new games and earning some amazing prizes!

Speaking of games..I think it’s time us penguin pals hung out and played some! Ooooo, what if we try and create the biggest Mexican wave Club Penguin has ever seen?! We can at least give it a “fair” try! Then after, we can reward ourselves by hitting the arcades (there’s a Medieval Monsters game I can’t wait to get back to). 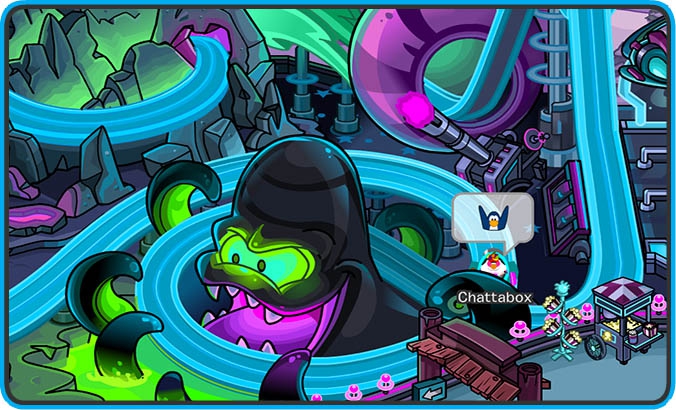 Let’s meet at The Penguin Band stage on the Down Under server on Thursday 28th May. Here are the times: