Tonight Club Penguin will be updating their game like usual. This week they are releasing the Muppets World Tour party amongst other things. In this post I have compiled all of the known information and sneak peeks Club Penguin has given over the past month or so.

Club Penguin has been teasing the Muppets coming to Club Penguin ever since the end of January with a brief (now removed) video. Then in the middle of February a trailer video was uploaded by Club Penguin, followed by a new audition video each week, starring a diva piggy and Dubstep.

Then in the thirteenth episode of The Spoiler Alert it was said that the March 2014 Penguin Style would have a make your own Muppet maker.

A Muppets in Club Penguin trailer was released.

There is a Game On commercial airing on Disney Channel with many sneak peeks. You can watch the video below and see this post for images of all the sneak peeks shown.

You can listen to the music from the party in your igloo.

Kermit is going to be a mascot at this party. 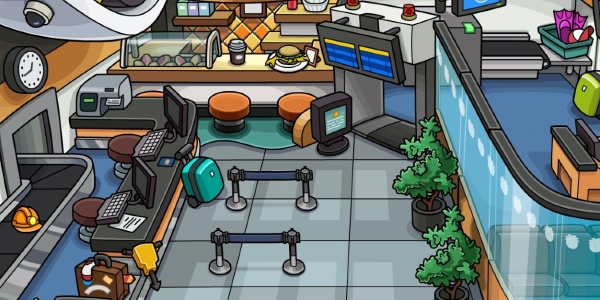 There are also many sneak peeks in this week’s episode of The Spoiler Alert. You can watch the episode here.

You can see full sneak peeks of the 9 party rooms in this post.

Also, as a limited time promotion, those who purchase a 3 month or 6 month membership from Best Buy will get a free Rowlf The Dog Costume.