On Monday, September 16th the Penguin of the Day was Fashionfun85.

I *Like* Fashionfun85 for always supporting her buds by *Liking* as many igloos as she can! She’s also formed a bunch of bands and clubs on CP! I think we should all join the Iggy *Liking* Club, don’t you? ;) 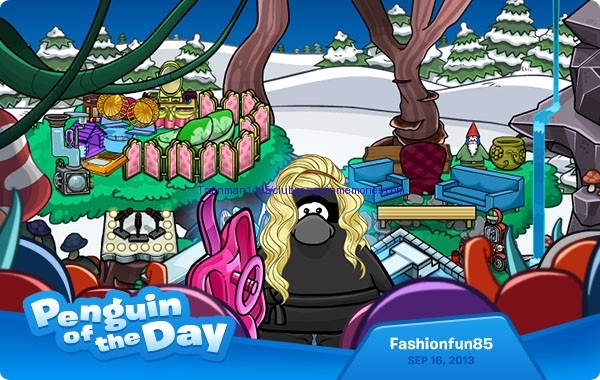 On Tuesday, September 17th the Penguin of the Day was Pantherxx12.

Pantherxx12 is quite a character! I’m told he’s a dedicated EPF Agent who loves to throw awesome parties and is never seen without a wacky hat! He would totes love my silly hat parties. Now, where did I put my sombrero…? 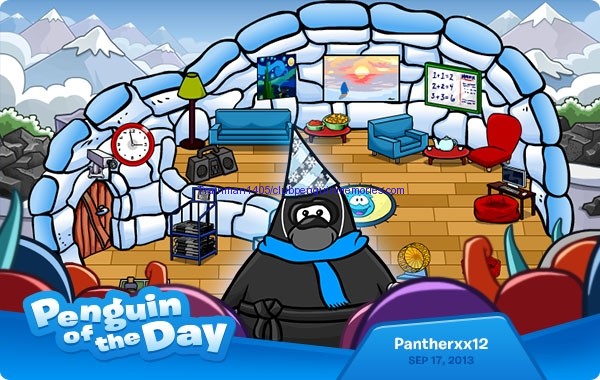 On Wednesday, September 18th the Penguin of the Day was Topaz2D9907.

If you hang out at the Lighthouse you might have seen the super talented Topaz2D9907 jamming with her band and telling jokes! Uh-oh, I feel another Daffo joke coming on… Q: What’s the difference between a fish and a guitar? A: You can’t tuna fish! XD 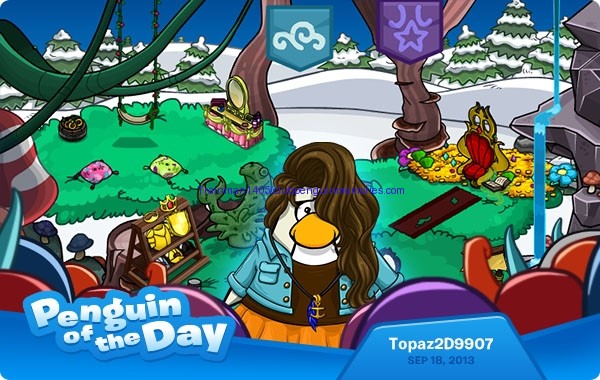 On Thursday, September 19th the Penguin of the Day was Lucky14363.

Lucky14363 is always sharing their Card-Jitsu skills with other penguins. I even heard that they sometimes lose intentionally, just to help their buddies earn their belts! That is some friend. I’m yet to complete CJS so perhaps they could give me a lesson some time! I’ll get my racket ready ;) 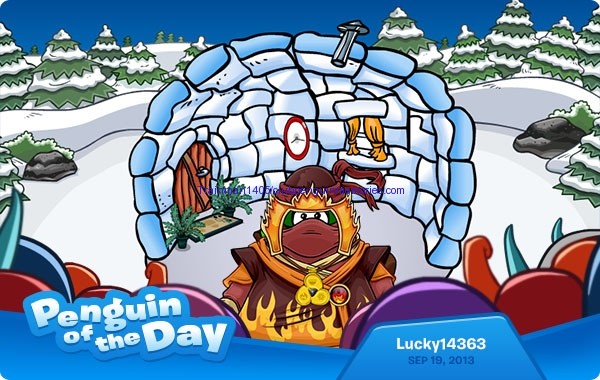 On Friday, September 20th the Penguin of the Day was Icyblue1113.

Icyblue1113 is a real hero! They rally up the troops on Club Penguin to join an epic club which is all about donating to Coins for Change and giving tours! I’m a Tour Guide too, can I join pleeeease? ;) 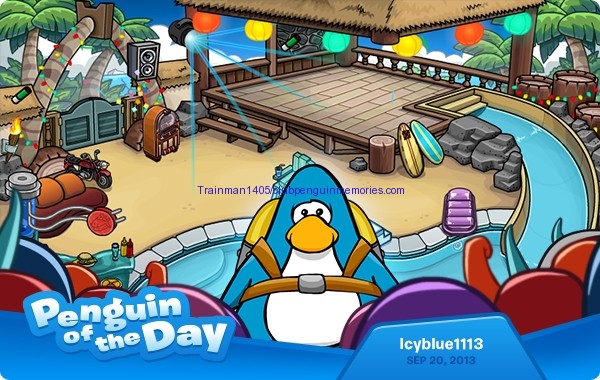 Congratulations to all of you! As usual, awesome outfits and igloos. :-)

You can nominate penguins for penguin of the day by emailing support@clubpenguin.com. All penguins featured on the blog as a Penguin of the Day get 5,000 coins added to their penguin account.