Ever since Spike Hike showed sneak peeks of the My Penguin app, penguins have been wondering what the plate of sushi is for. Now we know! 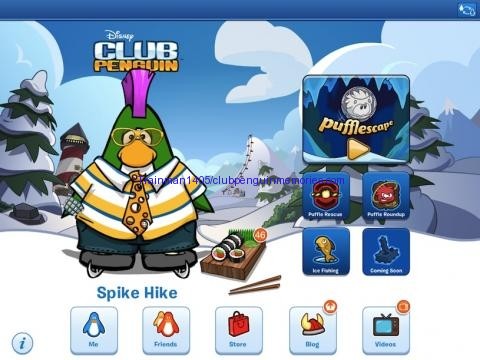 As it turns out, the sushi is for a mobile exclusive game called Sushi Drop. You collect sushi when you use the app, sort of like a bonus for using the application. The sushi is earned through reading the blog, watching a video, or playing a game in the app. Of course, the more you use the My Penguin app, the more sushi you will gain. Each piece of sushi lets you play the Sushi Drop game. So if you have 10 pieces of sushi, you can play Sushi Drop 10 times. Then you’ll have to earn more since you’ll be out of sushi.

Of course, the more you use the My Penguin app, the more sushi you will gain.

The sushi can be dropped and nudged by tapping it to make bubbles in the water, according to Spike Hike. 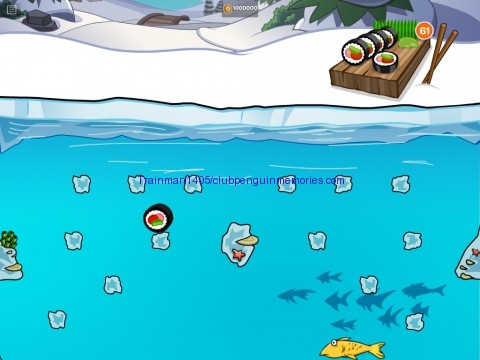 Just like any game on Club Penguin, the purpose of the game is to earn coins. (maybe we can get exclusive mobile stamps too?) You can get coins in Sushi Drop by hitting a fish with the sushi on its way down the water. The bigger of a clam you hit, the more coins you will earn. Items are also earned through gameplay, as there are some exclusive items you can get from Sushi Drop. (we don’t know what at this time) 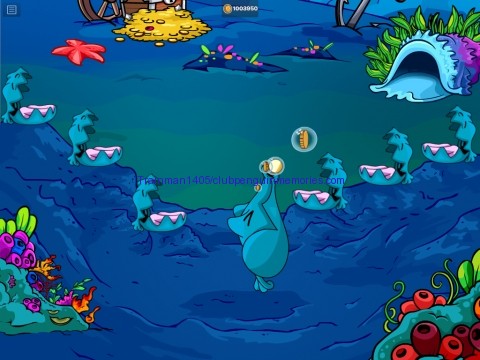 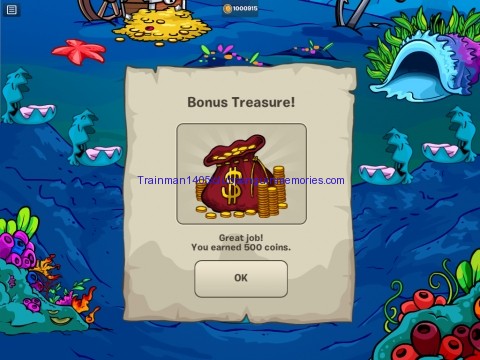 Remember, My Penguin comes out for the iPad on the 9th of May, less than a week away! (hey, that rhymed!) Not only that, but Spike Hike said the Club Penguin Team has a lot of mobile surprises in store this year for Android and other iOS devices (iPhone and iPod Touch) and this is just the beginning! Woohoo!

Also, if you’ve got the original iPad, it will be unsupported. 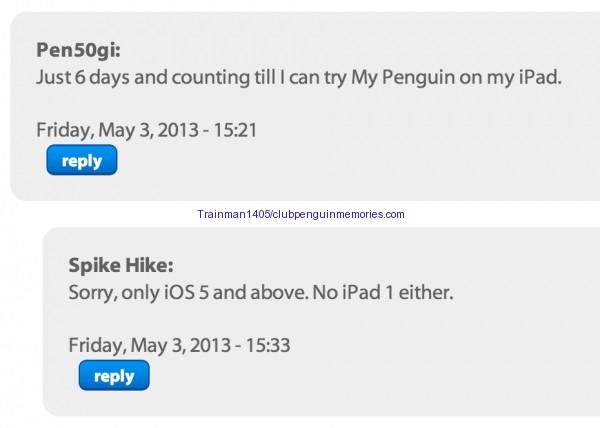